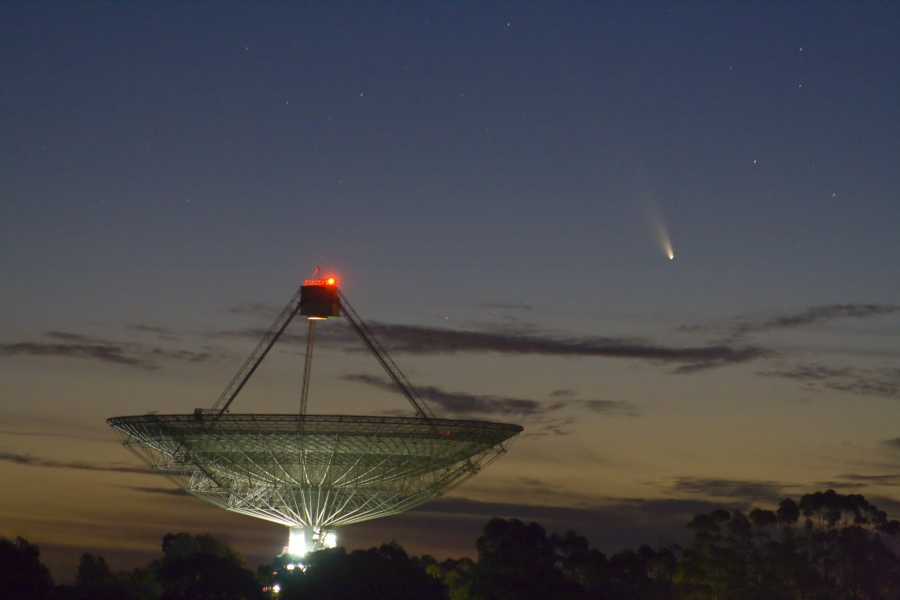 Explanation: Sweeping quickly through southern skies on March 5, Comet PanSTARRS (C/2011 L4) follows the Sun toward the western horizon in this twilight scene. In the foreground is Australia's CSIRO Parkes Radio Telescope, a 64 meter wide steerable dish that is no stranger to the space age exploration of comets. In March of 1986 the Parkes dish tracked ESA's Giotto spacecraft as it flew by Comet Halley and received the first ever closeup images of Halley's nucleus. At naked-eye visibility, Comet PanSTARRS made its closest approach to planet Earth on March 5. Its closest approach to the Sun will be on March 10. Heading north, PanSTARRS now begins a much anticipated appearance low in the northern hemisphere's western skies after sunset. On March 12, look for the comet hugging the western horizon near a young crescent Moon.