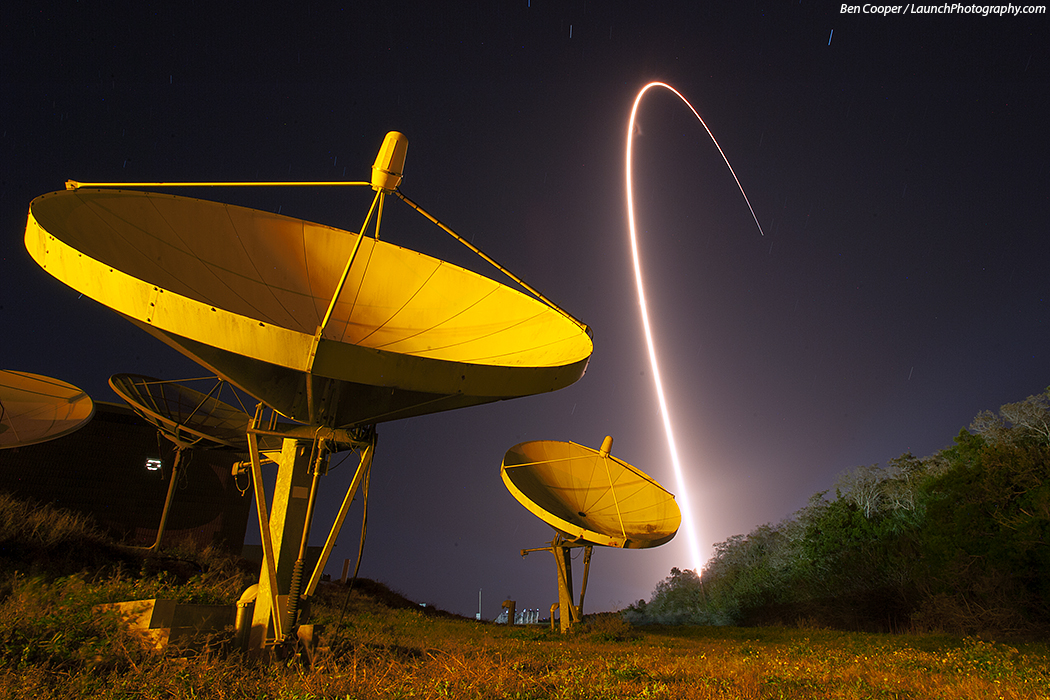 Explanation: Beyond a fertile field of satellite communication antennas at Kennedy Space Center, an Atlas V rocket streaks into orbit in this long exposure photograph. In the thoughtfully composed image recorded on the evening of January 30, the antennas in the foreground bring to mind the rocket's payload, a Tracking and Data Relay Satellite (TDRS; sounds like TEE-dress). This TDRS-K is the first in a next-generation series adding to the constellation of NASA's communication satellites. Operating from geosynchronous orbit 22,300 miles (36,000 kilometers) above planet Earth, the network of TDRS satellites relays communications, data, and commands between spacecraft and ground stations. Formerly the TDRS network provided communications for space shuttle missions. In fact, many TDRS satellites were ferried as far as low Earth orbit on space shuttles. The TDRS network continues to support major spacecraft like the International Space Station, the Hubble Space Telescope, and the Fermi Gamma-ray Space Telescope.