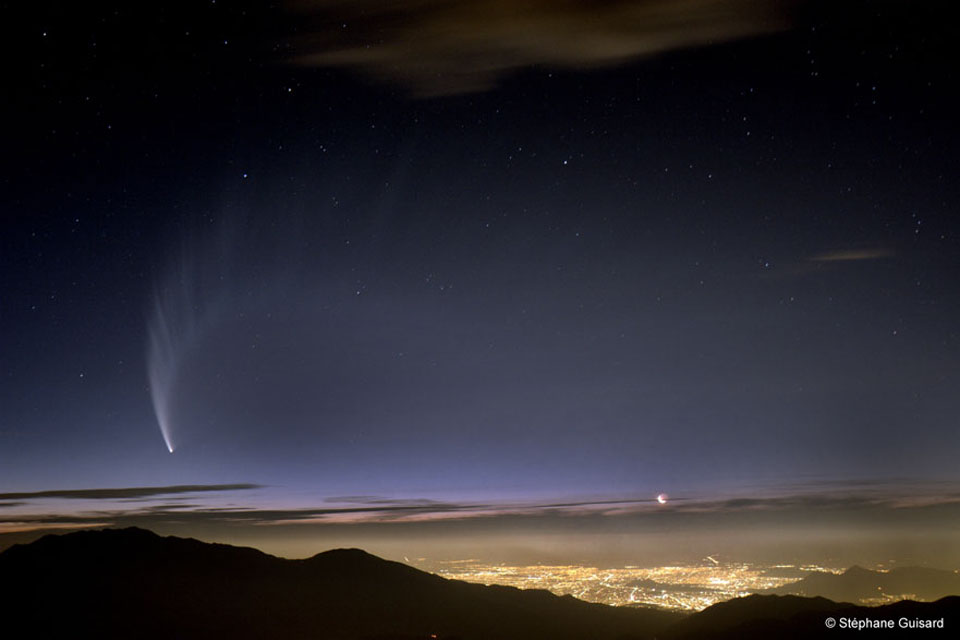 Explanation: Comet McNaught of 2007 has been, so far, the most photogenic comet of our time. After making quite a show in the northern hemisphere in early 2007 January, the comet moved south and developed a long and unusual dust tail that dazzled southern hemisphere observers. In this image, Comet McNaught was captured above Santiago, Chile. The bright comet dominates on the left while part of its magnificent tail spreads across the entire frame. From this vantage point in the Andes Mountains, one looks up toward Comet McNaught and a magnificent sky, across at a crescent moon, and down on clouds, atmospheric haze, and the city lights. The current year -- 2013 -- holds promise to be even better for comets than 2007. In early March, Comet PANSTARRS is on track to become visible to the unaided eye, while at the end of the year Comet ISON shows possibilities that include casting a tail that spreads across the sky, breaking up, and even becoming one of the brightest comets in recorded history.