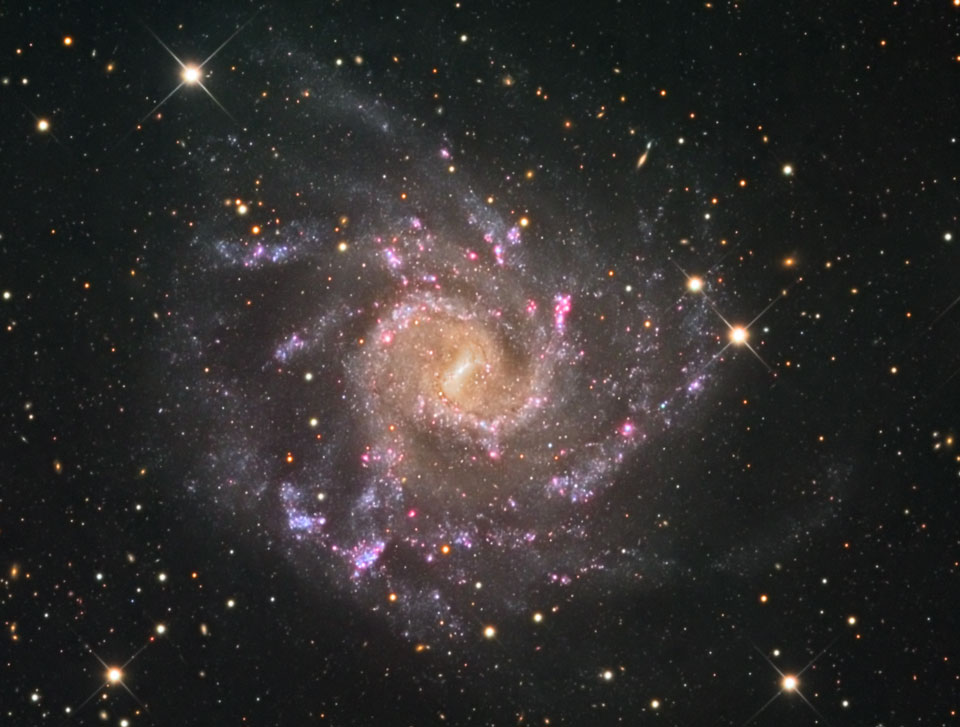 Explanation: The grand, winding arms are almost mesmerizing in this face-on view of NGC 7424, a spiral galaxy with a prominent central bar. About 40 million light-years distant in the headlong constellation Grus, this island universe is also about 100,000 light-years across making it remarkably similar to our own Milky Way. Following along the winding arms, many bright clusters of massive young stars can be found. The star clusters themselves are several hundred light-years in diameter. And while massive stars are born in the arms of NGC 7424, they also die there. Notably, this galaxy was home to a powerful stellar explosion, supernova SN 2001ig, which faded well before the above image was recorded.