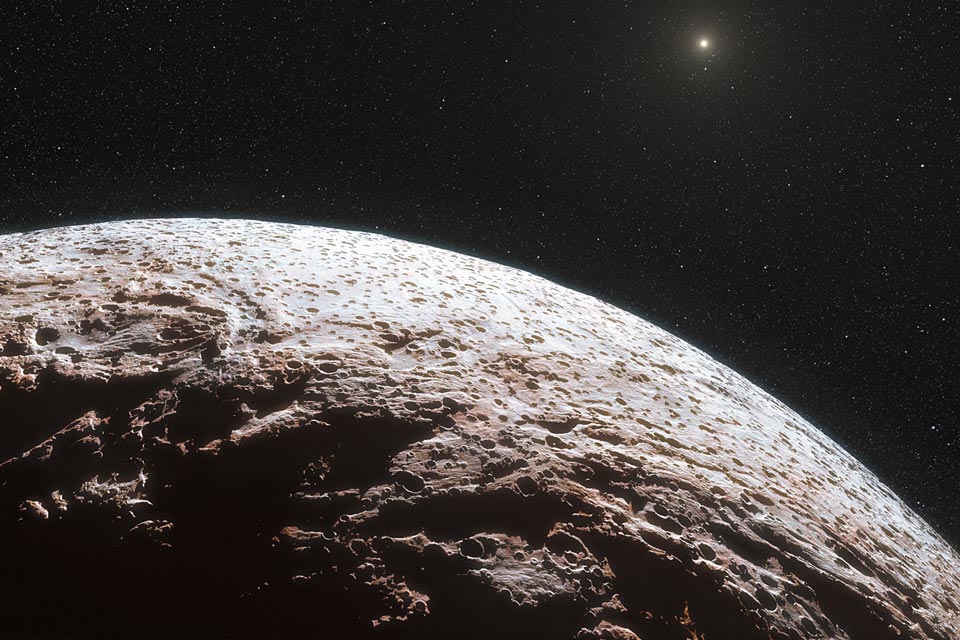 Explanation: Makemake is one of the largest objects known in the outer Solar System. Pronounced MAH-kay MAH-kay, this Kuiper belt object is about two-thirds the size of Pluto, orbits the Sun only slightly further out than Pluto, and appears only slightly dimmer than Pluto. Makemake, however, has an orbit much more tilted to the ecliptic plane of the planets than Pluto. Discovered by a team led by Mike Brown (Caltech) in 2005, the outer Solar System orb was officially named Makemake for the creator of humanity in the Rapa Nui mythology of Easter Island. In 2008, Makemake was classified as a dwarf planet under the subcategory plutoid, making Makemake the third cataloged plutoid after Pluto and Eris. Makemake is known to be a world somewhat red in appearance, with colors indicating it is likely covered with patchy areas of frozen methane. No images of Makemake's surface yet exist, but an artist's illustration of the distant world is shown above. Careful monitoring of the brightness drop of a distant star recently eclipsed by Makemake indicates that the dwarf planet has little atmosphere.