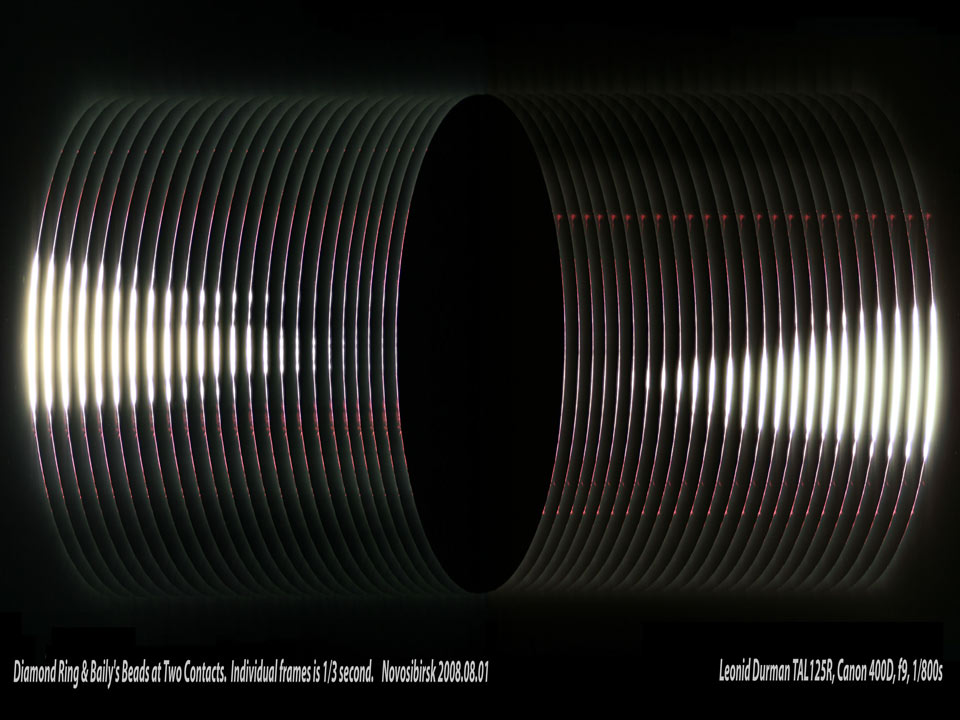 Explanation: Just before the Sun blacks out, something strange occurs. As the Moon moves to completely cover the Sun in a total solar eclipse -- like the one set to occur over parts of Australia on Tuesday -- beads of bright sunlight stream around the edge of the Moon. This effect, known as Baily's beads, is named after Francis Baily who called attention to the phenomenon in 1836. Although, the number and brightness of Baily's beads used to be unpredictable, today the Moon is so well mapped that general features regarding Baily's beads are expected. When a single bead dominates, it is called the diamond ring effect, and is typically seen just before totality. Pictured above, horizontally compressed, a series of images recorded Baily's beads at times surrounding the 2008 total solar eclipse visible from Novosibirsk, Russia. At the end of totality, as the Sun again emerges from behind the moon, Baily's beads may again be visible -- but now on the other side of the Moon.