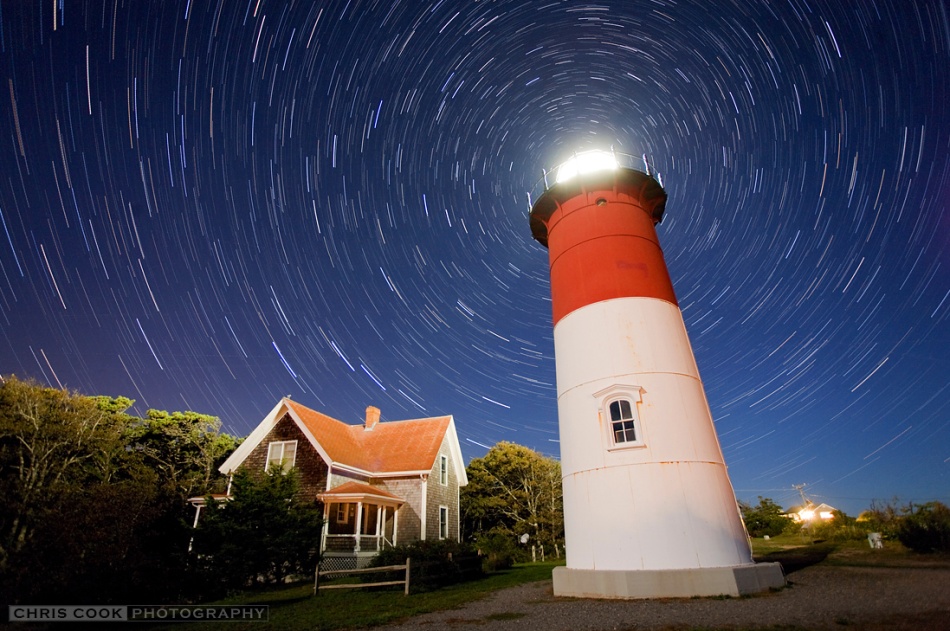 Explanation: In myth, Atlas holds up the heavens, but in this scene they seem to pivot around a lighthouse beacon. Photographed with a camera fixed to a tripod, the well-planned image, a composite of 30 one minute exposures, records star trails in the northern sky, reflecting the daily rotation of planet Earth. Hidden behind the top of the prominent Nauset Lighthouse on Cape Cod, Massachusetts, USA, the North Celestial Pole is at the center of all the star trail arcs. Making a complete circle, 360 degrees, in 24 hours, the star trail arcs cover 15 degrees each hour or 7.5 degrees in thirty minutes. Foreground lighting is courtesy of September 23rd's first quarter moonlight.