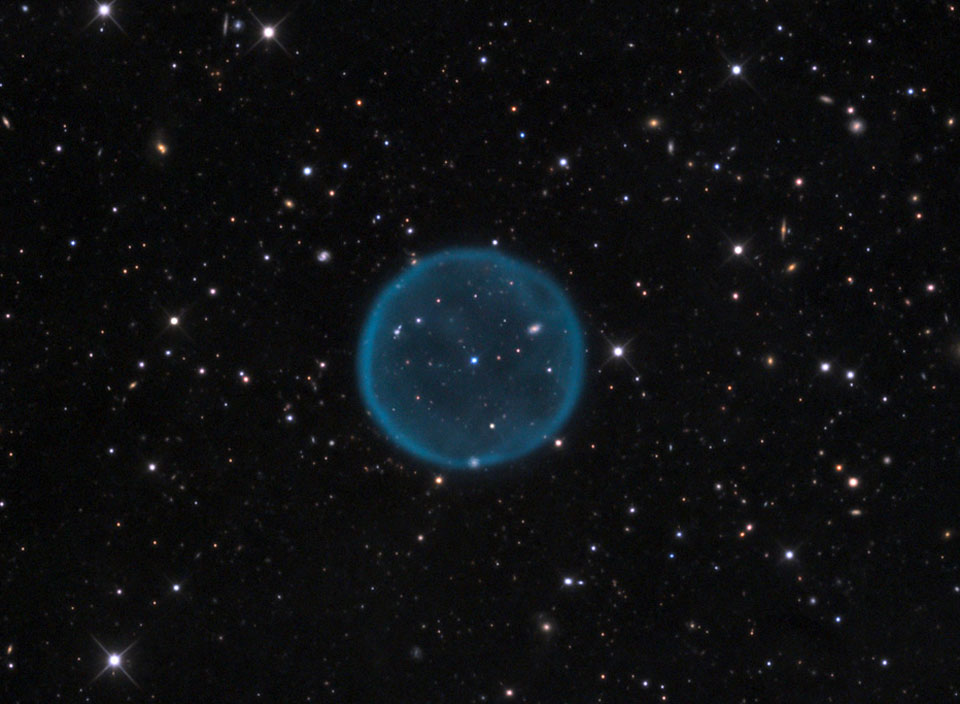 Explanation: Ghostly in appearance, Abell 39 is a remarkably simple, spherical nebula about five light-years across. Well within our own Milky Way galaxy, the cosmic sphere is roughly 7,000 light-years distant toward the constellation Hercules. Abell 39 is a planetary nebula, formed as a once sun-like star's outer atmosphere was expelled over a period of thousands of years. Still visible, the nebula's central star is evolving into a hot white dwarf. Although faint, the nebula's simple geometry has proven to be a boon to astronomers exploring the chemical abundances and life cycles of stars. In this deep image recorded under dark night skies, very distant background galaxies can be found -- some visible right through the nebula itself.