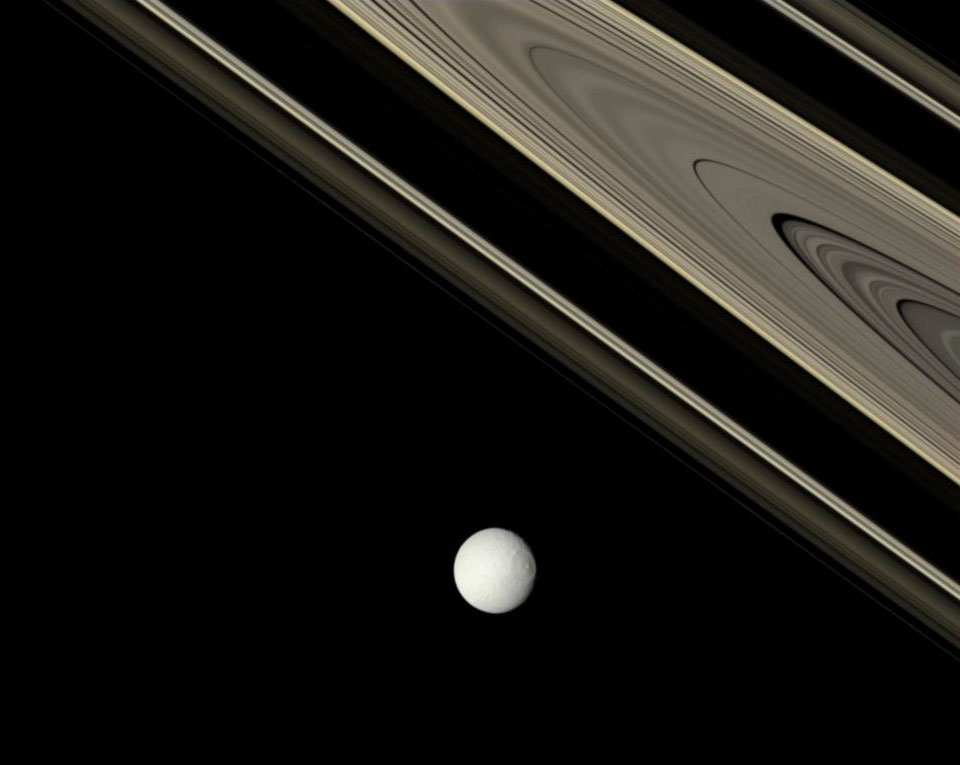 Explanation: How old are Saturn's rings? No one is quite sure. One possibility is that the rings formed relatively recently in our Solar System's history, perhaps only about 100 million years ago when a moon-sized object broke up near Saturn. Evidence for a young ring age includes a basic stability analysis for rings, and the fact that the rings are so bright and relatively unaffected by numerous small dark meteor impacts. More recent evidence, however, raises the possibility that some of Saturn's rings may be billions of years old and so almost as old as Saturn itself. Inspection of images by the Saturn-orbiting Cassini spacecraft indicates that some of Saturn's ring particles temporarily bunch and collide, effectively recycling ring particles by bringing fresh bright ices to the surface. Seen here, Saturn's rings were imaged in their true colors by the robotic Cassini in late October. Icy bright Tethys, a moon of Saturn likely brightened by a sandblasting rain of ice from sister moon Enceladus, is visible in front of the darker rings.