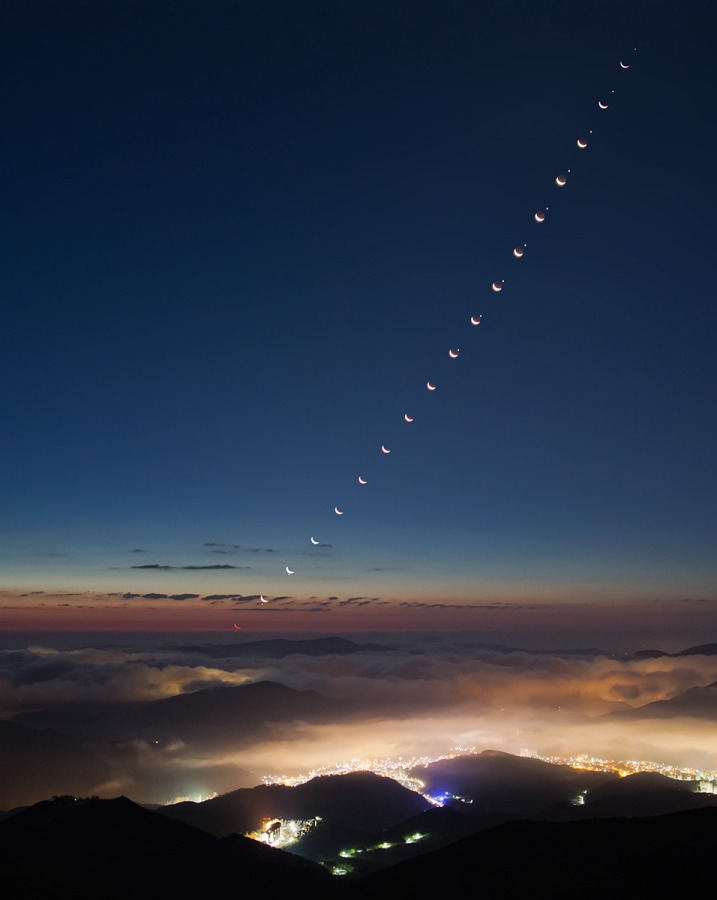 Explanation: Rising in the dark hours before dawn, wandering Venus now shines as the brilliant morning star. Its close conjunction with the Moon on August 13 was appreciated around planet Earth. But skygazers in eastern Asia were also treated to a lunar occultation, the waning crescent Moon passing directly in front of the bright planet in still dark skies. This composite image constructed from frames made at 10 minute intervals follows the celestial performance (vimeo video) from above the city lights and clouds over Taebaek, Korea. The occultation begins near the horizon and progresses as the pair rises. Venus first disappears behind the Moon's sunlit crescent, emerging before dawn from the dark lunar limb.