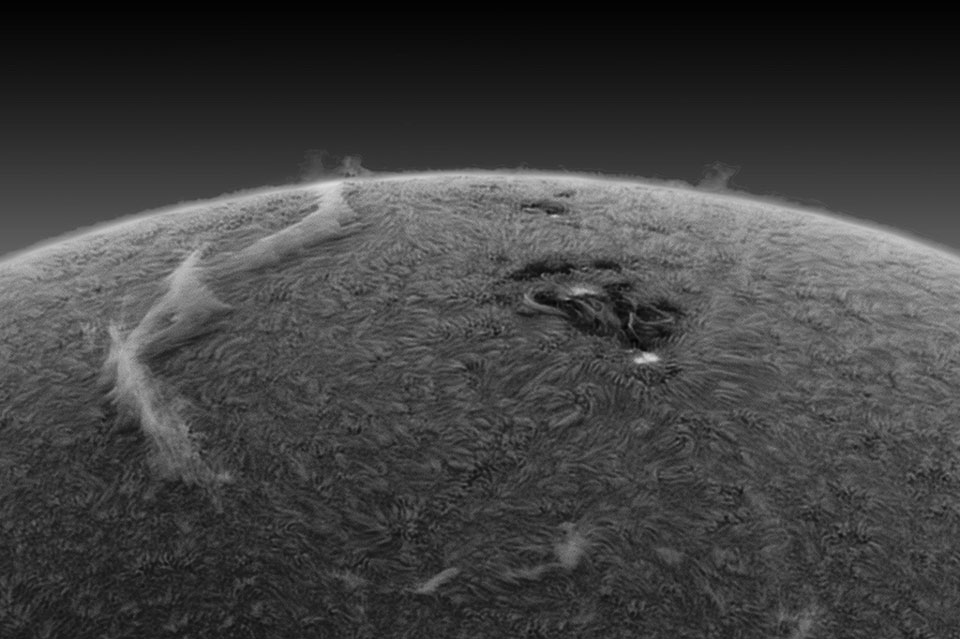 A Filament Across the Sun
Image Credit & Copyright: Bret Dahl

Explanation: Is that a cloud hovering over the Sun? Yes, but it is quite different than a cloud hovering over the Earth. The long light feature on the left of the above color-inverted image is actually a solar filament and is composed of mostly charged hydrogen gas held aloft by the Sun's looping magnetic field. By contrast, clouds over the Earth are usually much cooler, composed mostly of tiny water droplets, and are held aloft by upward air motions because they are weigh so little. The above filament was captured on the Sun about two weeks ago near the active solar region AR 1535 visible on the right with dark sunspots. Filaments typically last for a few days to a week, but a long filament like this might hover over the Sun's surface for a month or more. Some filaments trigger large Hyder flares if they suddenly collapse back onto the Sun.