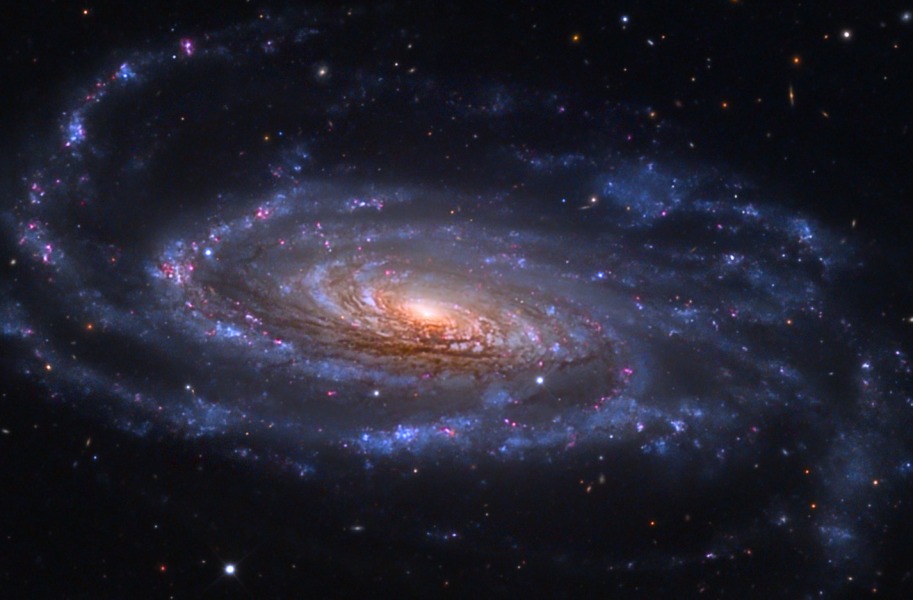 Explanation: Magnificent island universe NGC 5033 lies some 40 million light-years away in the well-trained northern constellation Canes Venatici. This telescopic portrait reveals striking details of dust lanes winding near the galaxy's bright core and majestic but relatively faint spiral arms. Speckled with pink star forming regions and massive blue star clusters, the arms span over 100,000 light-years, similar in size to our own spiral Milky Way. A well-studied example of the class of Seyfert active galaxies, NGC 5033 has a core that is very bright and variable. The emission is likely powered by a supermassive black hole. The bright nucleus and rotational center of the galaxy also seem to be slightly offset, suggesting NGC 5033 is the result of an ancient galaxy merger.