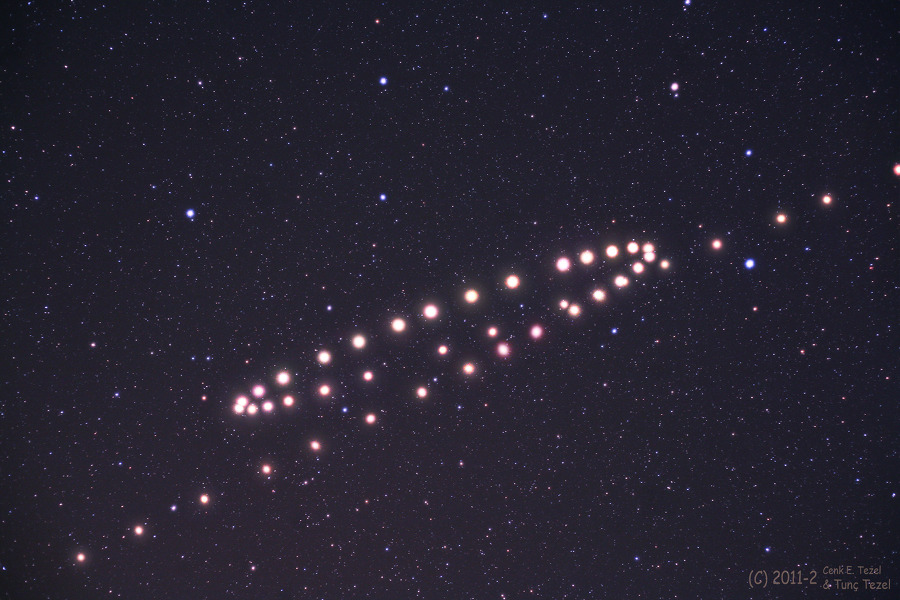 Explanation: This composite of images spaced some 5 to 7 days apart from late October 2011 (top right) through early July 2012 (bottom left), traces the retrograde motion of ruddy-colored Mars through planet Earth's night sky. To connect the dots in Mars' retrograde loop, just slide your cursor over the picture (and check out this animation). But Mars didn't actually reverse the direction of its orbit. Instead, the apparent backwards motion with respect to the background stars is a reflection of the motion of the Earth itself. Retrograde motion can be seen each time Earth overtakes and laps planets orbiting farther from the Sun, the Earth moving more rapidly through its own relatively close-in orbit. On March 4th, 2012 Mars was opposite the Sun in Earth's sky, near its closest and brightest at the center of this picture. Just arrived on the surface of the Red Planet, the Curiosity rover was launched on November 26, when Mars was near the crossover point of its retrograde loop. Of course, Mars can now be spotted close to Saturn and bright star Spica, near the western horizon after sunset.