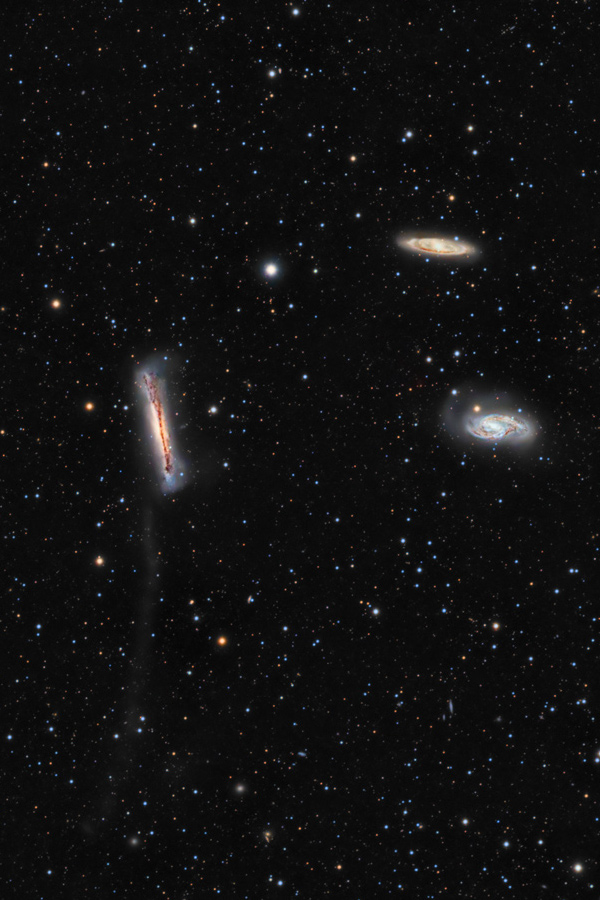 Explanation: A mere 30 million light-years away, large spiral galaxy NGC 3628 (center left) shares its neighborhood in the local Universe with two other large spirals, in a magnificent grouping otherwise known as the Leo Triplet. In fact, fellow trio member M65 is near the center right edge of this deep cosmic group portrait, with M66 just above it and to the left. But, perhaps most intriguing is the spectacular tail stretching down for about 300,000 light-years from NGC 3628's warped, edge-on disk. Known as a tidal tail, the structure has been drawn out of the galaxy by gravitational tides during brief but violent past interactions with its large neighbors. Not often imaged so distinctly, the tidal tail is composed of young bluish star clusters and star-forming regions.