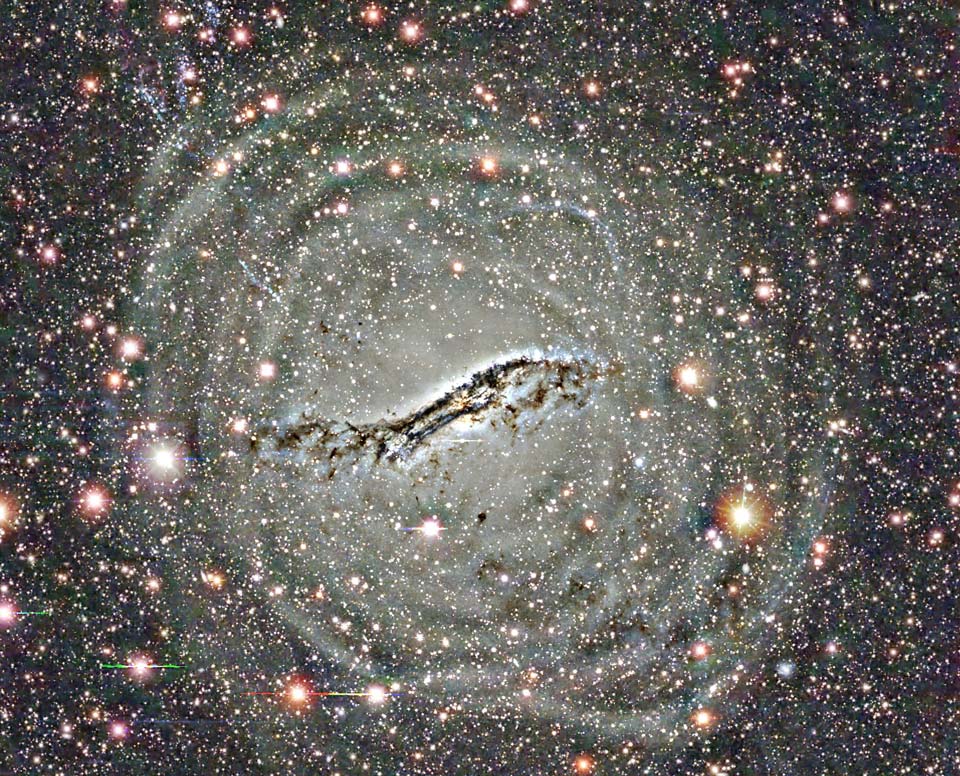 Explanation: What causes the surrounding shells in peculiar galaxy Cen A? In 2002 a fascinating image of peculiar galaxy Centaurus A was released, processed to highlight a faint blue arc indicating an ongoing collision with a smaller galaxy. Another interesting feature of Cen A, however, is the surrounding system of shells, better visible here in this recently released wider pan from the four meter Blanco telescope at Cerro Tololo Inter-American Observatory. Faint shells around galaxies are not unusual and considered by themselves as evidence of a previous galaxy merger, analogous to water ripples on a pond. An unexpected attribute of these shells is the abundance of gas, which should become separated from existing stars during the collision.