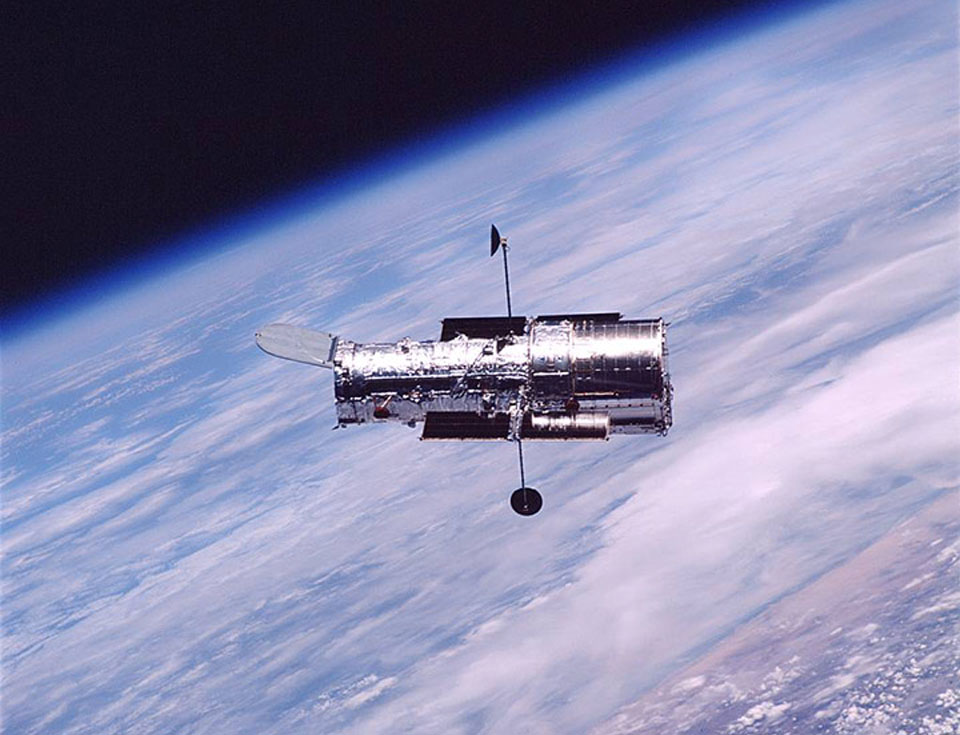 Explanation: What if you were given a new Hubble telescope for free? How about two? The astronomical community is abuzz with just this opportunity as the US National Reconnaissance Office has unexpectedly transferred ownership of two space-qualified Hubble-quality telescopes to NASA. The usefulness of these telescopes in addressing existing science priorities has begun, but preliminary indications hold that even one of these telescope could be extremely useful in searching for extrasolar planets as well as distant galaxies and supernovas that could better explore the nature of dark energy. Although they start out as free, making even one telescope operational and fitting it with useful cameras would be quite expensive, so NASA is being decidedly careful about how to fit these new telescopes into its existing budget. Pictured above, the original Hubble Space Telescope floats high above the Earth during a servicing mission in 2002.