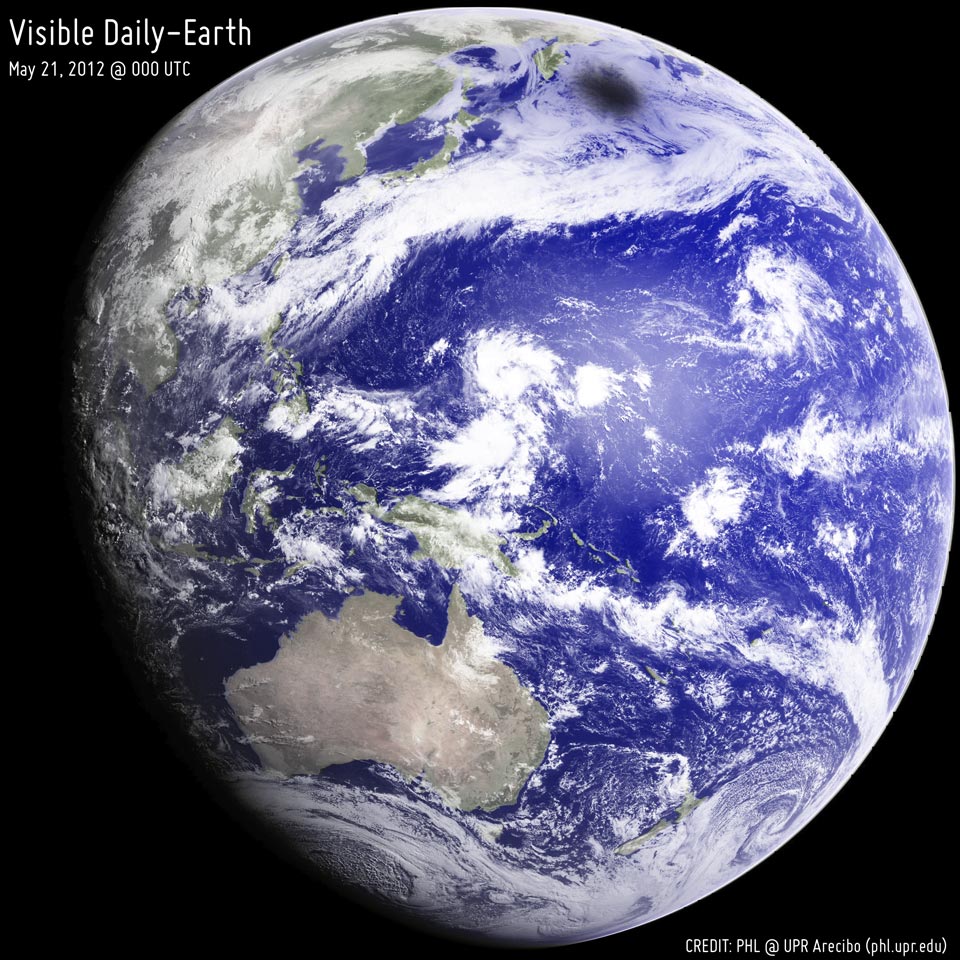 Explanation: What's that dark spot on planet Earth? It's the shadow of the Moon. The above image of Earth was taken last week by MTSAT during an annular eclipse of the Sun. The dark spot appears quite unusual as clouds are white and the oceans are blue in this color corrected image. Earthlings residing within the dark spot would see part of the Sun blocked by the Moon and so receive less sunlight than normal. The spot moved across the Earth at nearly 2,000 kilometers per hour, giving many viewers less than two hours to see a partially eclipsed Sun. MTSAT circles the Earth in a geostationary orbit and so took the above image from about three Earth-diameters away. Sky enthusiasts might want to keep their eyes pointed upward this coming week as a partial eclipse of the Moon will occur on June 4 and a transit of Venus across the face of the Sun will occur on June 5.