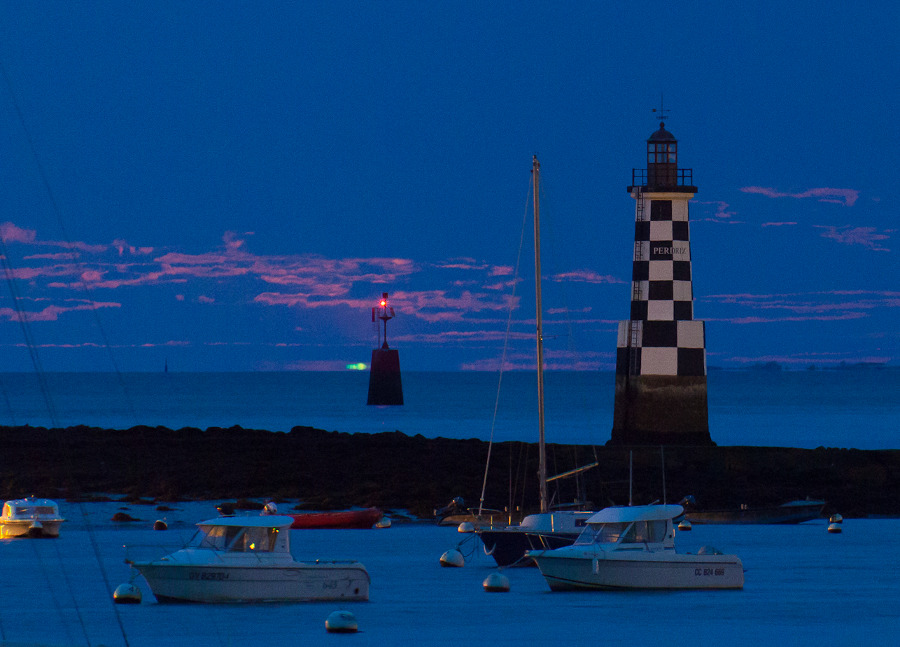 Explanation: It was really not about superheroes as on May 6 the much touted Super Moon, the largest Full Moon of 2012, rose over this otherwise peaceful harbor. And no supervillains were present either as boats gently rocked at their moorings near the checkerboard La Perdrix lighthouse on the coast of Brittany, France. But the rise of the Super Moon was preceded by a Green Flash, captured in the first frame of this timelapse video recorded that night. The cropped image of the frame, a two second long exposure, shows the strongly colored flash left of the lighted buoy near picture center. While the Super Moon was enjoyed at locations all around the world, the circumstances that produced the Green Flash were more restrictive. Green flashes for both Sun and Moon are caused by atmospheric refraction enhanced by long, low, sight lines and strong atmospheric temperature gradients often favored by a sea horizon.