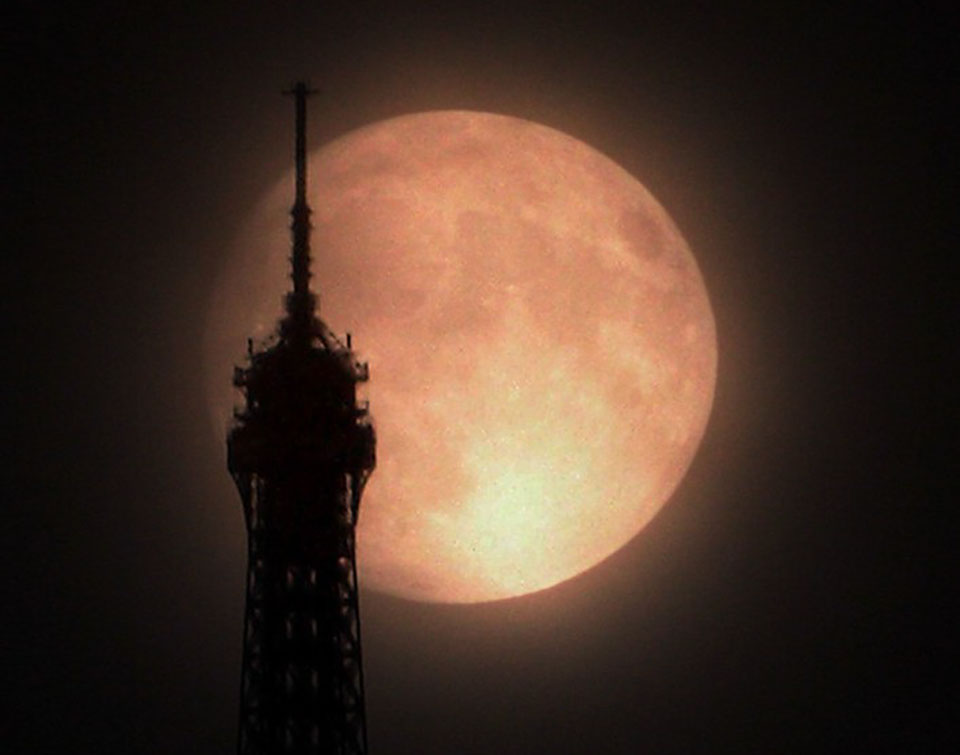 Explanation: Did you see that full Moon Saturday night? Dubbed a supermoon, the latest fully illuminated moon appeared slightly larger than usual because it occurred unusually near the closest point in its orbit to Earth. Pictured above, the supermoon was captured Saturday night rising behind the top of the Eiffel Tower in Paris, France. Of course, the angular extent of the moon in comparison to foreground objects can be adjusted just by changing the observer's distance to the foreground object. When compared to nearby objects the moon may appear tiny, but when compared to distant objects -- the moon may appear huge. Next month yet another full moon is expected, this one appearing about one percent smaller.