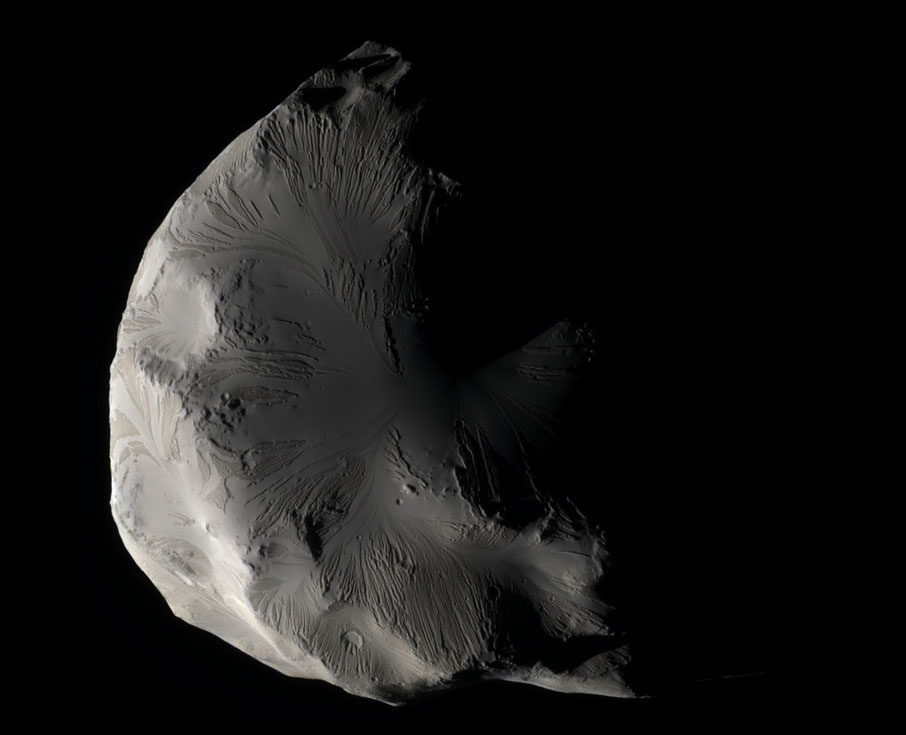 Explanation: Although its colors may be subtle, Saturn's moon Helene is an enigma in any light. The moon was imaged in unprecedented detail last June as the robotic Cassini spacecraft orbiting Saturn swooped to within a single Earth diameter of the diminutive moon. Although conventional craters and hills appear, the above image also shows terrain that appears unusually smooth and streaked. Planetary astronomers are inspecting these detailed images of Helene to glean clues about the origin and evolution of the 30-km across floating iceberg. Helene is also unusual because it circles Saturn just ahead of the large moon Dione, making it one of only four known Saturnian moons to occupy a gravitational well known as a stable Lagrange point.