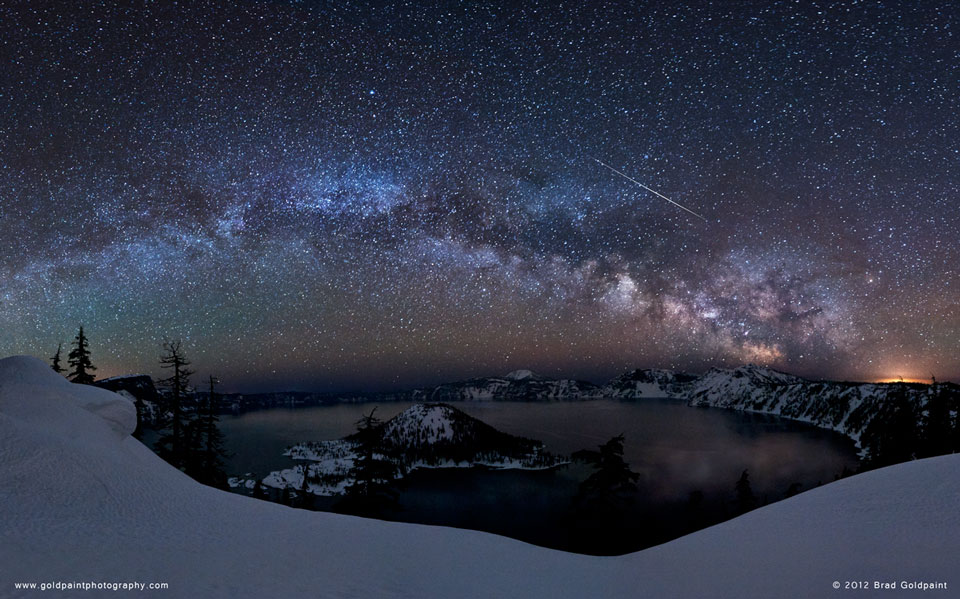 Explanation: Did you see it? One of the more common questions during a meteor shower occurs because the time it takes for a meteor to flash is typically less than the time it takes for a head to turn. Possibly, though, the glory of seeing bright meteors shoot across and knowing that they were once small pebbles on another world might make it all worthwhile, even if your observing partner(s) could not share in every particular experience. Peaking over the past few days, a dark moonless sky allowed the Lyrids meteor shower to exhibit as many as 30 visible meteors per hour from some locations. A bright Lyrid meteor streaks above picturesque Crater Lake in Oregon, USA, in the above composite of nine exposures taken last week. Snow covers the foreground, while the majestic central band of our home galaxy arches well behind the serene lake. Other meteor showers this year include the Perseids in mid-August and the Leonids in mid-November, both expected to also dodge the glare of a bright Moon in 2012.