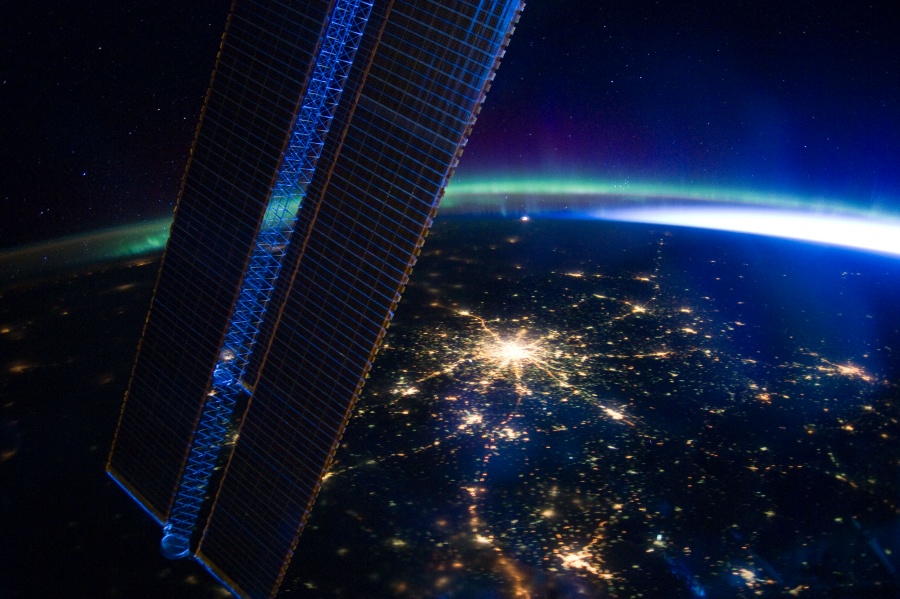 Explanation: On another April 12th, in 1961, Soviet cosmonaut Yuri Alexseyevich Gagarin became the first human to see planet Earth from space. Commenting on his view from orbit he reported, "The sky is very dark; the Earth is bluish. Everything is seen very clearly". To celebrate, consider this recent image from the orbiting International Space Station. A stunning view of the planet at night from an altitude of 240 miles, it was recorded on March 28. The lights of Moscow, Russia are near picture center and one of the station's solar panel arrays is on the left. Aurora and the glare of sunlight lie along the planet's gently curving horizon. Stars above the horizon include the compact Pleiades star cluster, immersed in the auroral glow.