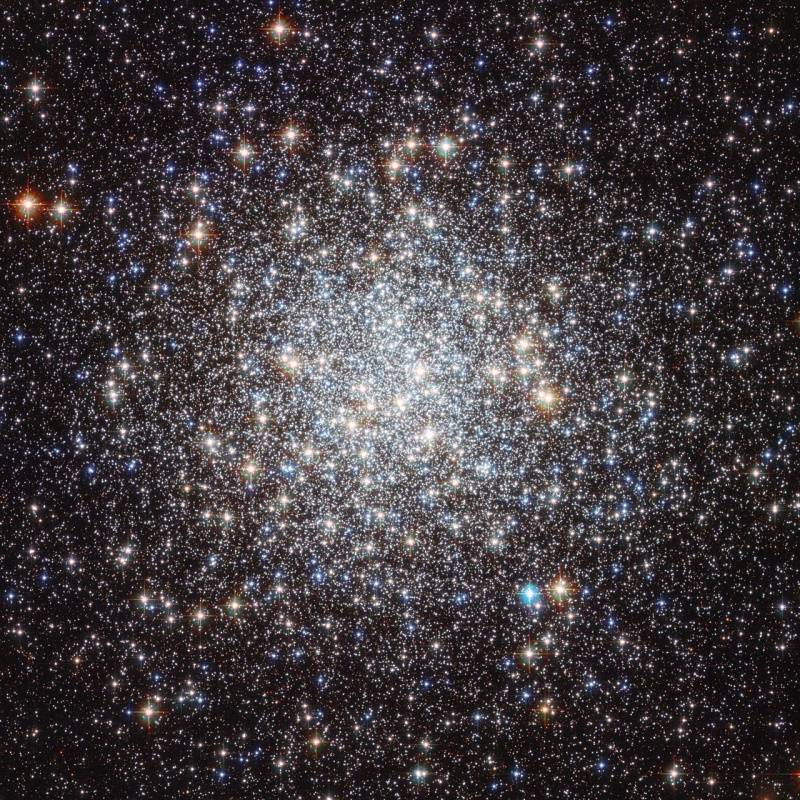 Explanation: Renown 18th century astronomer Charles Messier described this 9th entry in his famous astronomical catalog as "Nebula, without star, in the right leg of Ophiuchus ...". But Messier 9 (M9) does have stars, known to modern astronomers as a globular cluster of over 300,000 stars within a diameter of about 90 light-years. It lies some 25,000 light-years distant, near the central bulge of our Milky Way galaxy. This Hubble Space Telescope close-up resolves the dense swarm of stars across the cluster's central 25 light-years. At least twice the age of the Sun and deficient in heavy elements, the cluster stars have colors corresponding to their temperatures, redder stars are cooler, bluer stars are hotter. Many of the cluster's cool red giant stars show a yellowish tint in the sharp Hubble view.