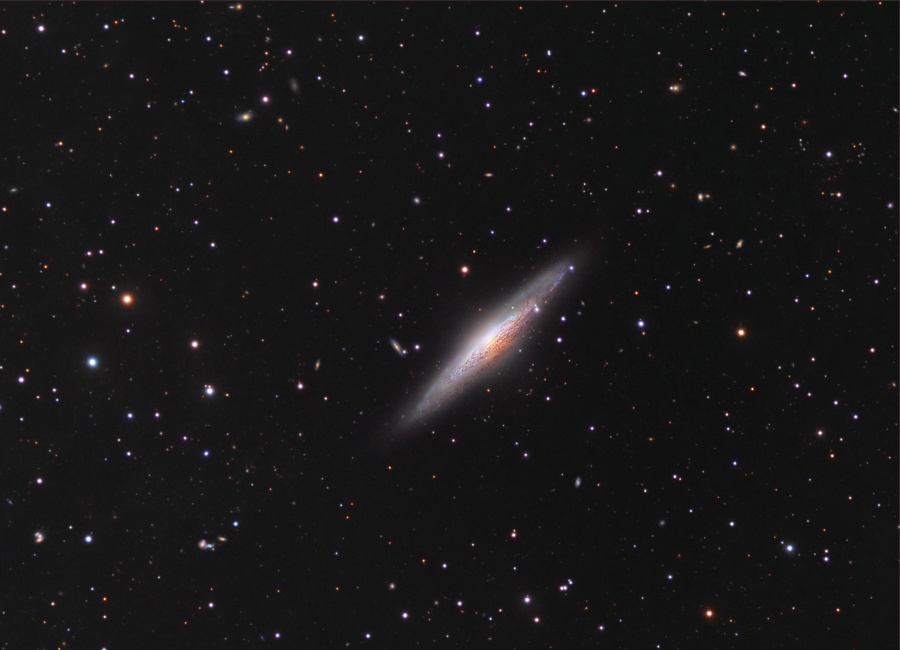 Explanation: This elegant island universe is cataloged as NGC 2683. It lies a mere 16 million light-years distant toward the northern constellation Lynx. A spiral galaxy comparable to our own Milky Way, NGC 2683 is seen nearly edge-on in the cosmic vista. Blended light from a large population of old, yellowish stars forms the remarkably bright galactic core. Their starlight silhouettes the dust lanes along winding spiral arms, dotted with NGC 2683's young blue star clusters. The sharp image was recorded through the lens of a refracting telescope that shows brighter foreground Milky Way stars as colorful and round, lacking diffraction spikes characteristic of images from reflecting telescopes with internal supports. The many more distant galaxies scattered through the background appear as fuzzy, extended sources.