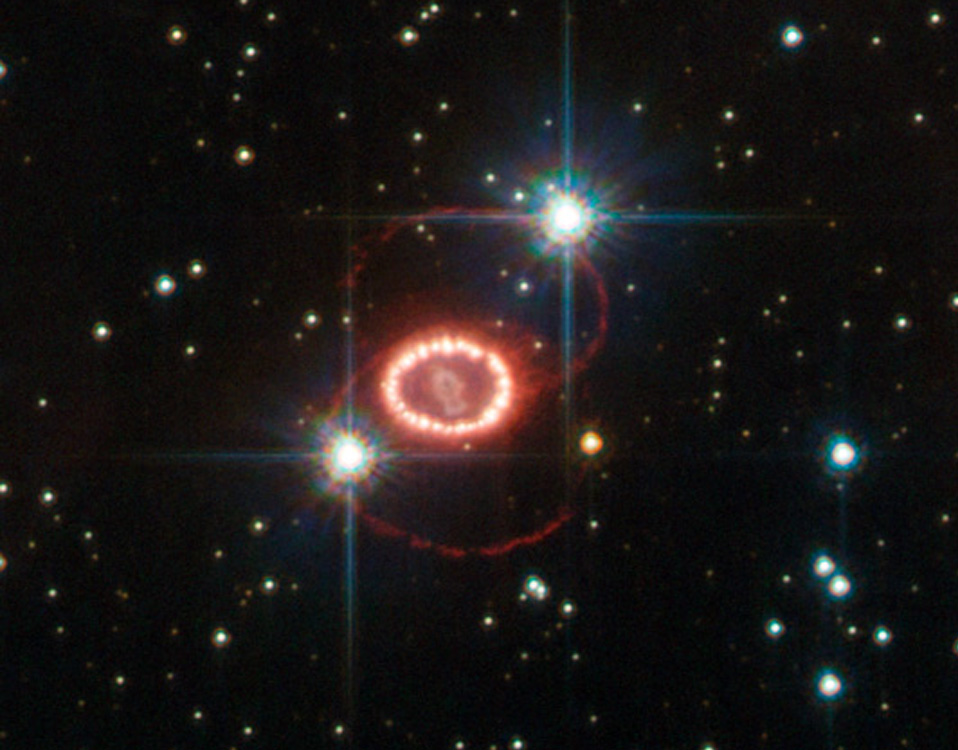 Explanation: What's causing those odd rings in supernova 1987A? Twenty five years ago, in 1987, the brightest supernova in recent history was seen in the Large Magellanic Cloud. At the center of the above picture is an object central to the remains of the violent stellar explosion. Surrounding the center are curious outer rings appearing as a flattened figure 8. Although large telescopes including the Hubble Space Telescope monitor the curious rings every few years, their origin remains a mystery. Pictured above is a Hubble image of the SN1987A remnant taken last year. Speculation into the cause of the rings includes beamed jets emanating from an otherwise hidden neutron star left over from the supernova, and the interaction of the wind from the progenitor star with gas released before the explosion.