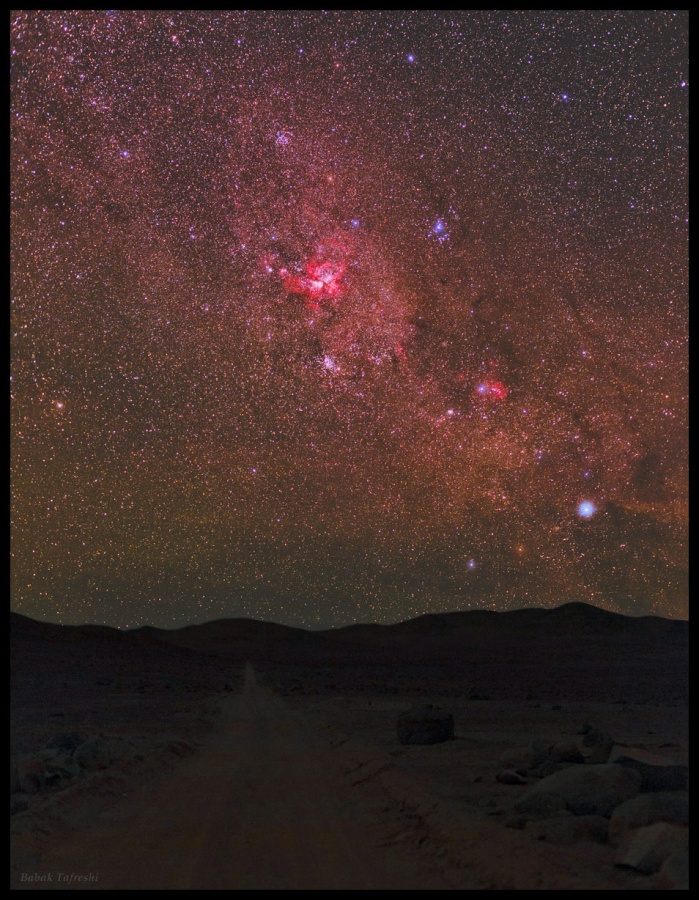 Explanation: This rugged road through the dark Atacama Desert seems to lead skyward toward the bright stars and glowing nebulae of the southern Milky Way. If you follow the road you will get to Cerro Armazones peak in Chile, future construction site for the 40-meter class European Extremely Large Telescope. For now though, sliding your cursor across the image will identify wonders of the southern skies in view. The scene is dominated by the reddish glow of the Great Carina Nebula, one of our galaxy's largest star forming regions. In fact, the remarkable skyscape is not a composite of varying exposures or a photomontage. Far from sources of light pollution, the landscape illuminated by starlight and the Milky Way above were recorded by a modified digital camera and fast lens. The sensitive system captured both planet Earth and deep sky in a relatively short exposure.