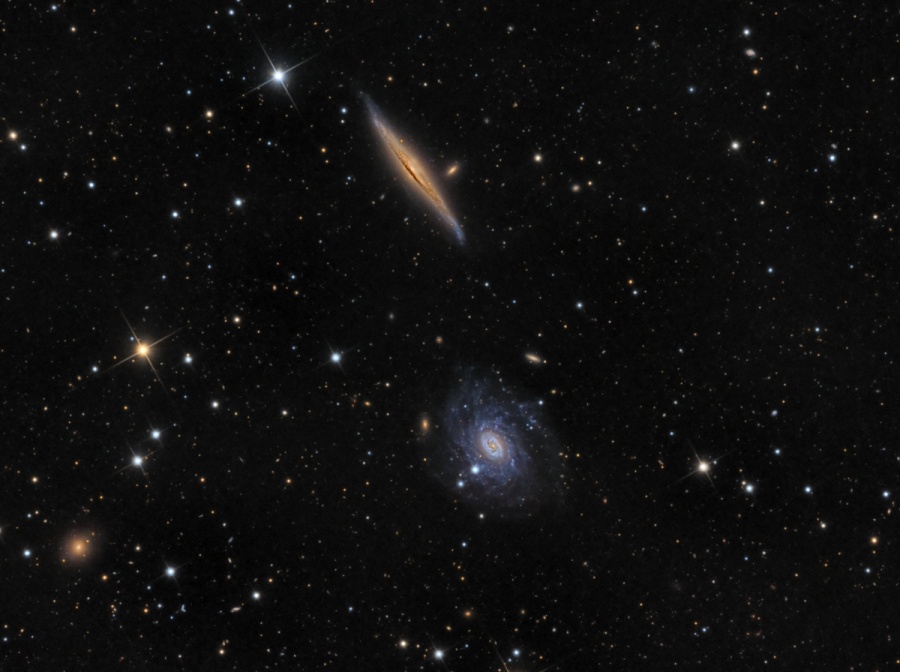 Explanation: These two spiral galaxies make a photogenic pair, found within the boundaries of the northern constellation Draco. Contrasting in color and orientation, NGC 5965 is nearly edge-on to our line of sight and dominated by yellow hues, while bluish NGC 5963 is closer to face-on. Of course, even in this well-framed cosmic snapshot the scene is invaded by other galaxies, including small elliptical NGC 5969 at the lower left. Brighter, spiky stars in our own Milky Way are scattered through the foreground. Though they seem to be close and of similar size, galaxies NGC 5965 and NGC 5963 are far apart and unrelated, by chance appearing close on the sky. NGC 5965 is about 150 million light-years distant and over 200,000 light-years across. Much smaller, NGC 5963 is a mere 40 million light-years away and so is not associated with the edge-on spiral. Difficult to follow, NGC 5963's extraordinarily faint blue spiral arms mark it as a low surface brightness galaxy.