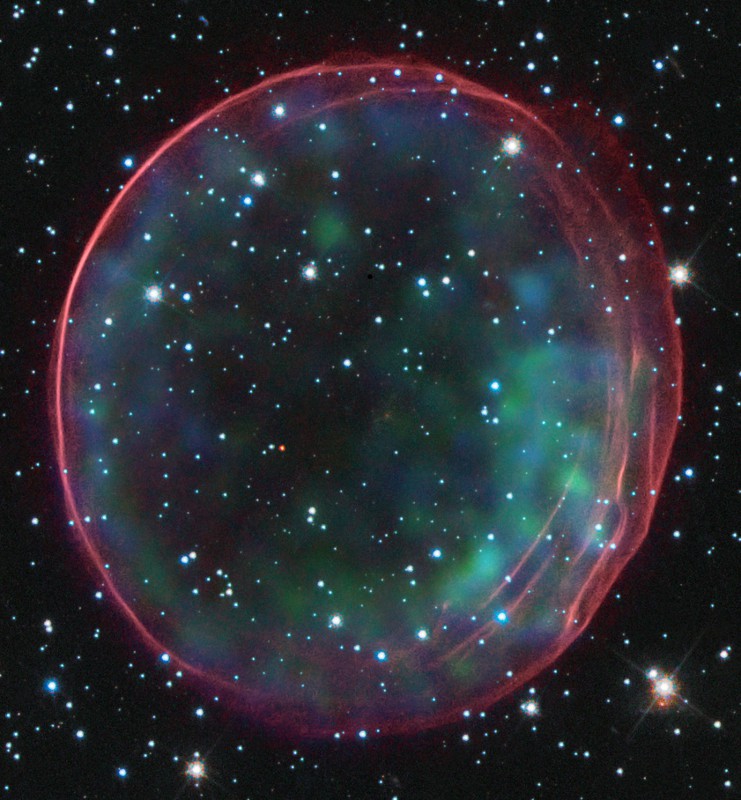 Explanation: Where's the other star? At the center of this supernova remnant should be the companion star to the star that blew up. Identifying this star is important for understanding just how Type Ia supernova detonate, which in turn could lead to a better understanding of why the brightness of such explosions are so predictable, which in turn is key to calibrating the entire nature of our universe. The trouble is that even a careful inspection of the center of SNR 0509-67.5 has not found any star at all. This indicates that the companion is intrinsically very faint -- much more faint that many types of bright giant stars that had been previous candidates. In fact, the implication is that the companion star might have to be a faint white dwarf, similar to -- but less massive than -- the star that detonated. SNR 0509-67.5 is shown above in both visible light, shining in red as imaged by the Hubble Space Telescope, and X-ray light, shown in false-color green as imaged by the Chandra X-ray Observatory. Putting your cursor over the picture will highlight the central required location for the missing companion star.