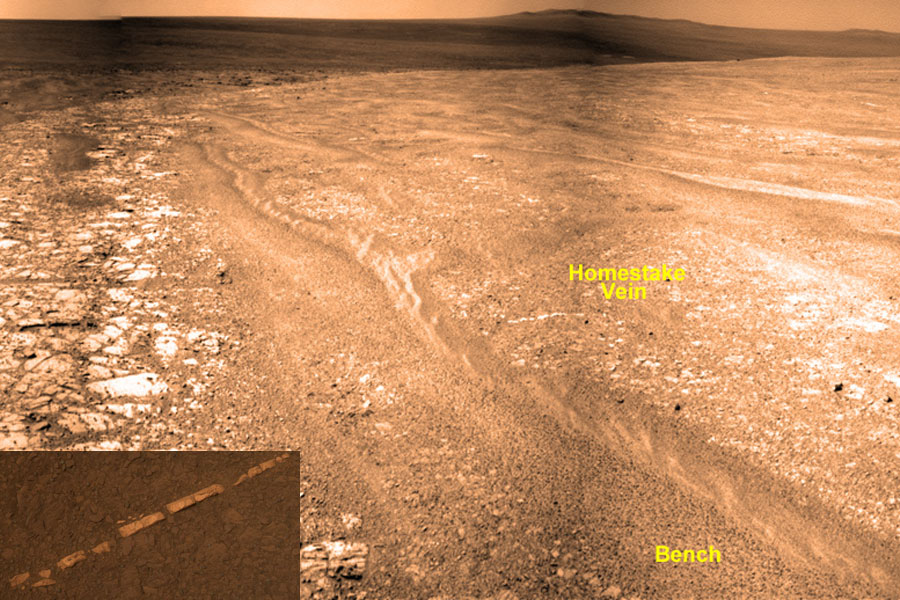 Explanation: What could create this unusual vein of rock on Mars? A leading hypothesis is that this thin rock layer dubbed "Homestake" was deposited by a running liquid -- like most mineral veins are here on Earth. And the running liquid of choice is water. Therefore, this mineral streak -- rich in calcium and sulfur -- is the latest in the growing body of evidence that part of Mars had a watery past. This, in turn, increases the speculation that Mars was once hospitable to life. Pictured above is a vista taken near the western rim of Endeavour Crater by the Opportunity rover currently exploring Mars. The inset image shows a close up of the recently discovered mineral vein.