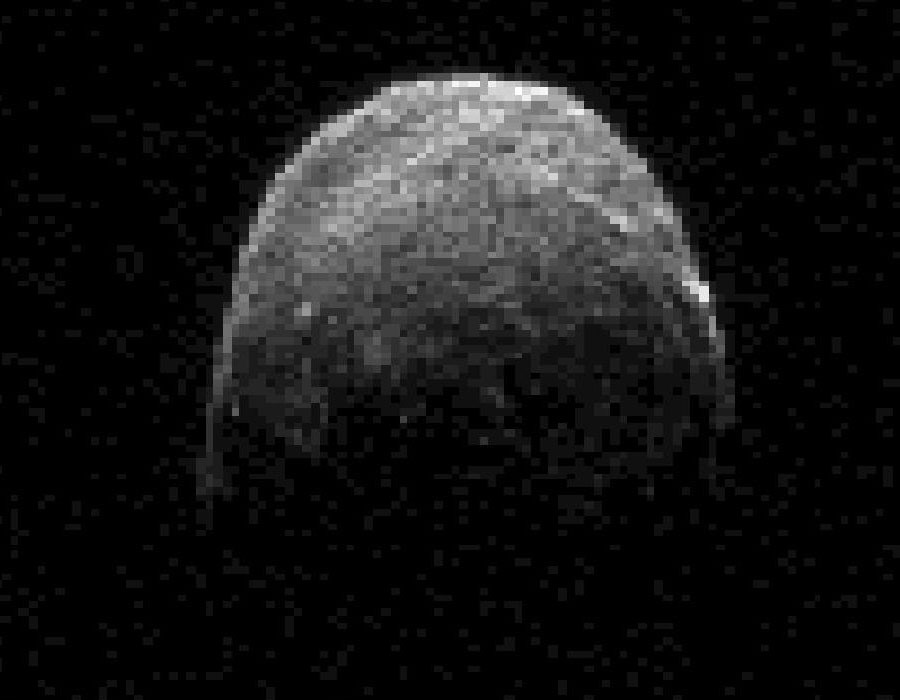 Explanation: Asteroid 2005 YU55 passed by the Earth yesterday, posing no danger. The space rock, estimated to be about 400 meters across, coasted by just inside the orbit of Earth's Moon. Although the passing of smaller rocks near the Earth is not very unusual -- in fact small rocks from space strike Earth daily -- a rock this large hasn't passed this close since 1976. Were YU55 to have struck land, it might have caused a magnitude seven earthquake and left a city-sized crater. A perhaps larger danger would have occurred were YU55 to have struck the ocean and raised a large tsunami. The above radar image was taken two days ago by the Deep Space Network radio telescope in Goldstone, California, USA. YU55 was discovered only in 2005, indicating that other potentially hazardous asteroids might lurk in our Solar System currently undetected. Objects like YU55 are hard to detect because they are so faint and move so fast. However, humanity's ability to scan the sky to detect, catalog, and analyze such objects has increased notably in recent years.