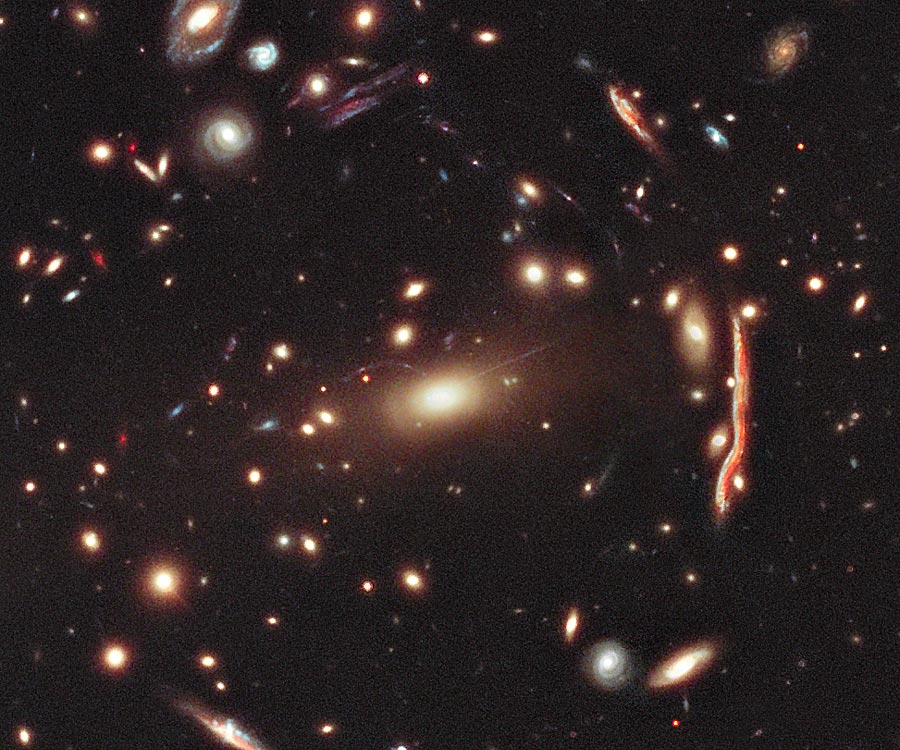 Explanation: It is difficult to hide a galaxy behind a cluster of galaxies. The closer cluster's gravity will act like a huge lens, pulling images of the distant galaxy around the sides and greatly distorting them. This is just the case observed in the above recently released image from the CLASH survey with the Hubble Space Telescope. The cluster MACS J1206.2-0847 is composed of many galaxies and is lensing the image of a yellow-red background galaxy into the huge arc on the right. Careful inspection of the image will reveal at least several other lensed background galaxies -- many appearing as elongated wisps. The foreground cluster can only create such smooth arcs if most of its mass is smoothly distributed dark matter -- and therefore not concentrated in the cluster galaxies visible. Analyzing the positions of these gravitational arcs also gives astronomers a method to estimate the dark matter distribution in galaxy clusters, and infer from that when these huge conglomerations of galaxies began to form.