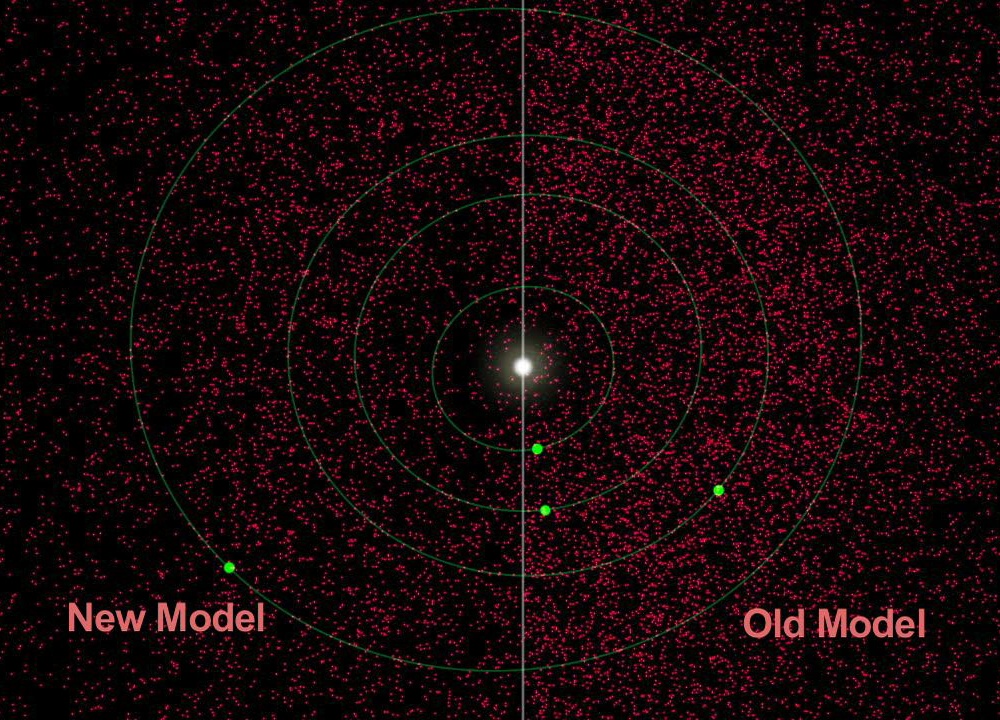 Explanation: Though the sizes are not to scale, the Sun and planets of the inner solar system are shown in this illustration, where each red dot represents an asteroid. New results from NEOWISE, the infrared asteroid hunting portion of the WISE mission, are shown on the left compared to old population projections of mid-size or larger near-Earth asteroids from surveys at visible wavelengths. And the good news is, NEOWISE observations estimate there are 40 percent fewer near-Earth asteroids that are larger than 100 meters (330 feet), than indicated by visible light searches. Based on infrared imaging, the NEOWISE results are more accurate as well. Heated by the Sun, asteroids of the same size radiate the same amount of infrared light, but can reflect very different amounts of visible sunlight depending on how shiny their surface is, or their surface albedo. That effect can bias surveys based on optical observations. NEOWISE results reduce the estimated number of mid-size near-Earth asteroids from about 35,000 to 19,500, but the majority still remain undiscovered.