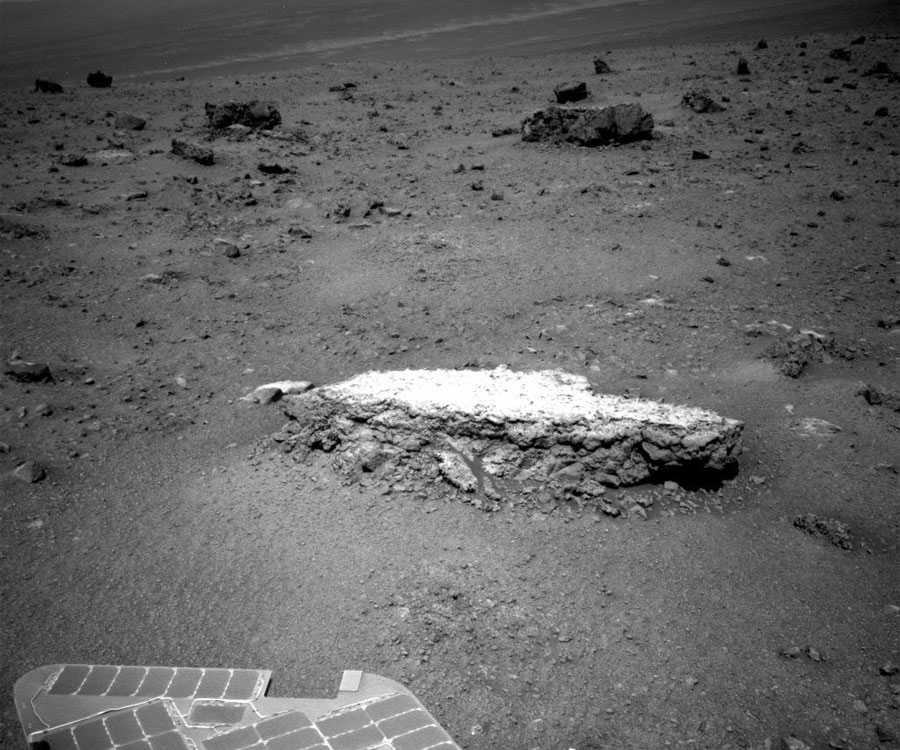 Explanation: Why does this Martian rock have so much zinc? Roughly the size and shape of a tilted coffee-table, this oddly flat, light-topped rock outcropping was chanced upon a few weeks ago by the robotic Opportunity rover currently rolling across Mars. Early last month Opportunity reached Endeavour crater, the largest surface feature it has ever encountered, and is now exploring Endeavour's rim for clues about how wet Mars was billions of years ago. Pictured above and named Tisdale 2, the unusual rock structure was probed by Opportunity last week and is now thought to be a remnant thrown off during the impact that created nearby Odyssey crater. The resulting chemical analysis of Tisdale 2, however, has shown it to have a strangely high amount of the element zinc. The reason for this is currently unknown, but might turn out to be a clue to the history of the entire region. Opportunity is already finding rocks older than any previously studied and will continue to explore several other intriguing rock formations only now glimpsed from a distance.