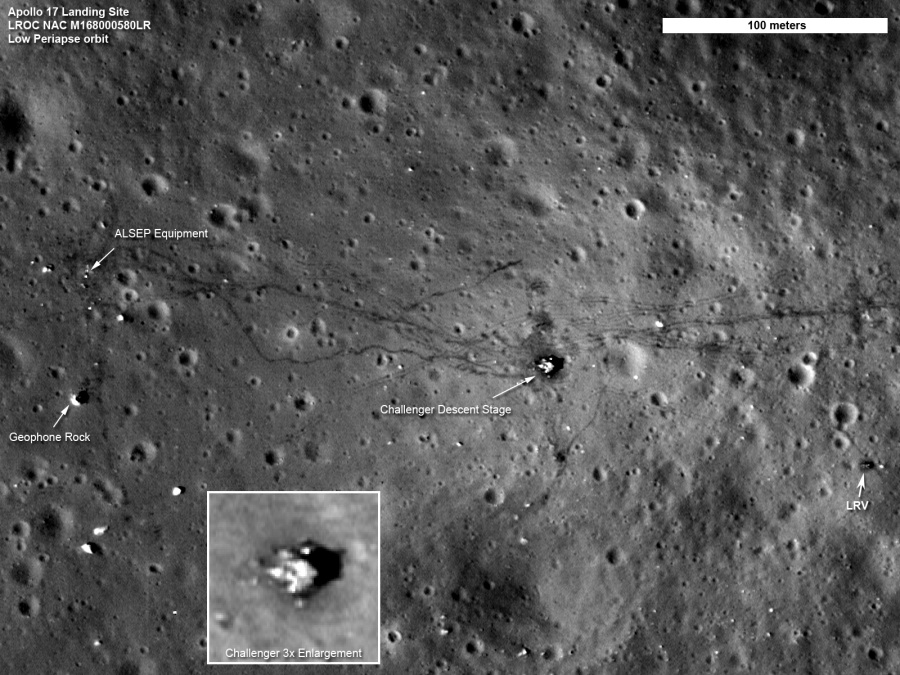 Explanation: This view of the Apollo 17 landing site in the Taurus-Littrow valley was captured last month by the Lunar Reconnaissance Orbiter (LRO), the sharpest ever recorded from space. The high resolution image data was taken during a period when LRO's orbit was modified to create a close approach of about 22 kilometers as it passed over some of the Apollo landing sites. That altitude corresponds to only about twice the height of a commercial airline flight over planet Earth. Labeled in this image are Apollo 17 lunar lander Challenger's descent stage (inset), the lunar rover (LRV) at its final parking spot, and the Apollo Lunar Surface Experiments Package (ALSEP) left to monitor the Moon's environment and interior. Clear, dual lunar rover tracks and the foot trails left by astronauts Eugene Cernan and Harrison Schmitt, the last to walk on the lunar surface, are also easily visible at the Apollo 17 site.