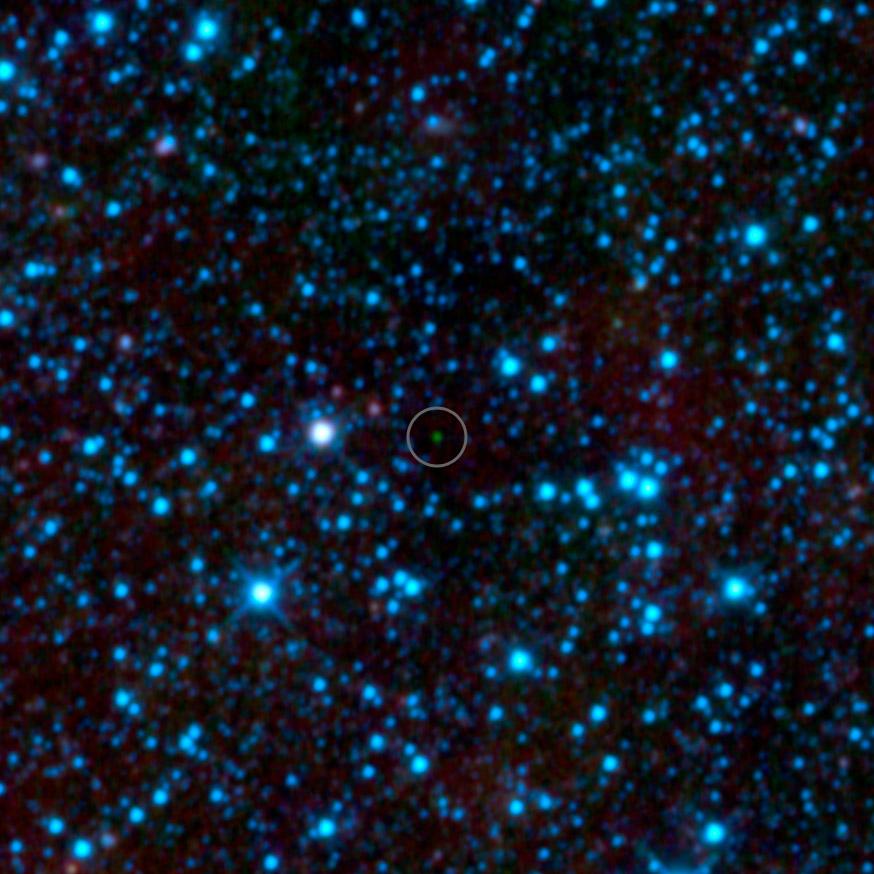 Explanation: This cosmic snapshot composed with image data from NASA's Wide-field Infrared Survey Explorer (WISE) satellite captures a multitude of faint stars and distant galaxies toward the constellation Lyra at wavelengths longer than visible light. But the object circled at the center is not quite a star. Cataloged as WISE 1828+2650, it lies within 40 light-years of the Sun and is currently the coldest brown dwarf known. A brown dwarf begins like a star, with the gravitational collapse of a dense cloud of gas and dust, but is not massive enough to achieve the core temperatures and densities that trigger hydrogen fusion, the stable source of a star's energy. Instead the failed star ultimately cools and emits most of its light at infrared wavelengths. Remarkably, brown dwarfs are roughly the size of the planet Jupiter. How cold is WISE 1828+2650? While brown dwarfs have measured surface temperatures of up to 1,400 degrees C (2,600 degress F), this brown dwarf , assigned to spectral class Y, has the estimated temperature of a warm room, less than about 27 degrees C (80 degrees F).