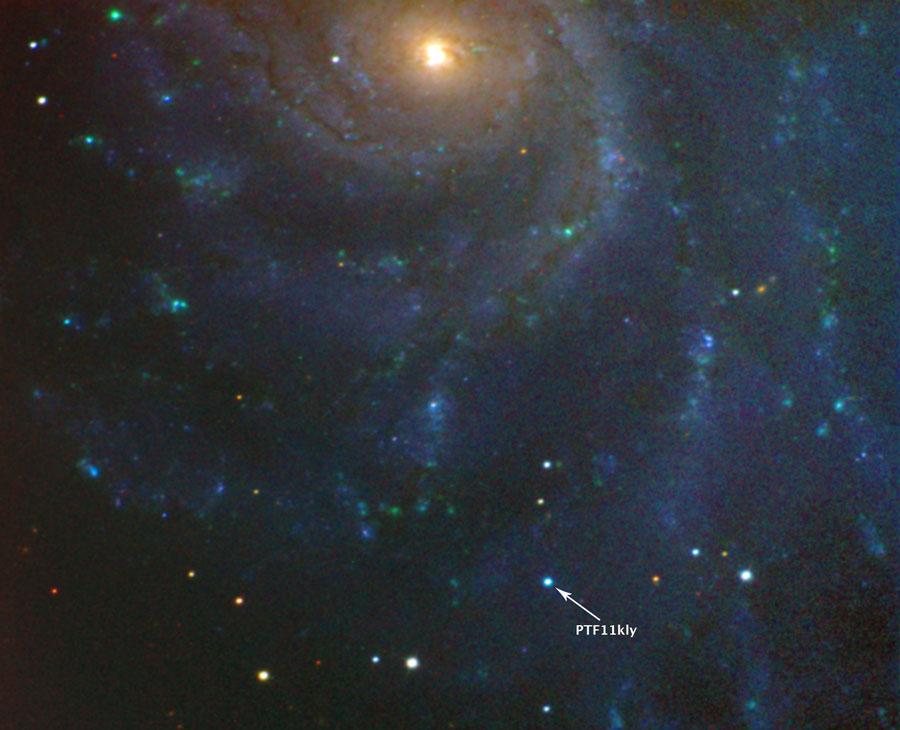 Explanation: A nearby star has exploded and telescopes all over the world are turning to monitor it. The supernova, dubbed PTF 11kly, was discovered by computer only two days ago as part of the Palomar Transient Factory (PTF) sky survey utilizing the wide angle 1.2-meter Samuel Oschin Telescope in California. Its rapid recovery makes it one of the supernovas caught most soon after ignition. PTF 11kly occurred in the photogenic Pinwheel galaxy (M101), which, being only about 21 million light years away, makes it one of the closest supernovas seen in decades. Rapid follow up observations have already given a clear indication that PTF 11kly is a Type Ia supernova, a type of white dwarf detonation that usually progresses in such a standard manner than it has helped to calibrate the expansion history of the entire universe. Studying such a close and young Type Ia event, however, may yield new and unique clues. If early indications are correct, PTF 11kly should brighten to about visual magnitude 10 in the coming weeks, making it possible to monitor with even moderately sized telescopes.