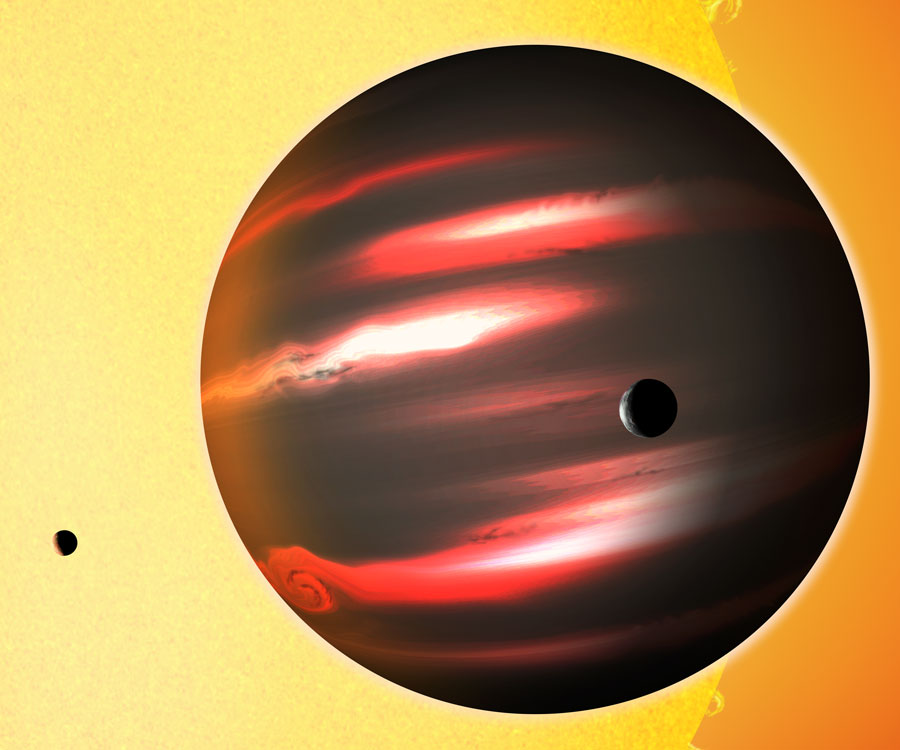 Explanation: Why is this planet so dark? Planet TrES-2b reflects back less than one percent of the light it receives, making it darker than any known planet or moon, darker even than coal. Jupiter-sized TrES-2b orbits extremely close to a sun-like star 750 light years away, and was discovered producing slight eclipses in 2006 using the modest 10-cm telescopes of the Trans-Atlantic Exoplanet Survey (TrES). The alien world's strange darkness, however, was only uncovered recently by observations indicating its slight reflective glow by the Sun-orbiting Kepler satellite. An artist's drawing of planet is shown above, complete with unsubstantiated speculation on possible moons. Reasons for TrES-2b's darkness remain unknown and are an active topic of research.