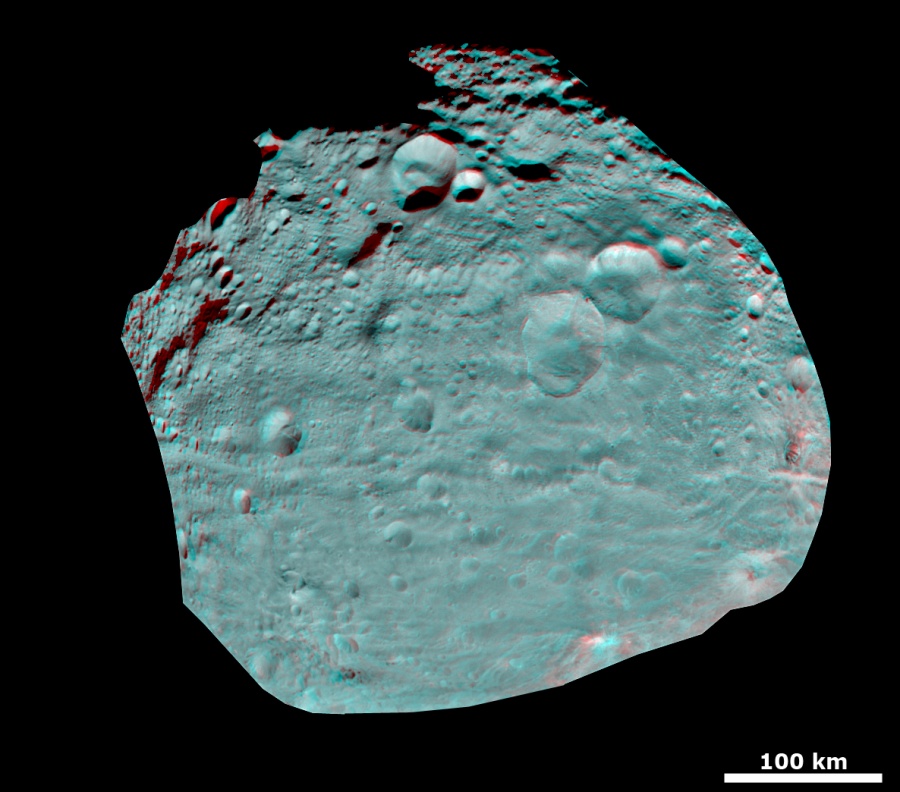 Explanation: Get out your red/blue glasses and float next to 4 Vesta. A 500 kilometer diameter world, Vesta lies in the main asteroid belt between the orbits of Mars and Jupiter. This stereo anaglyph was constructed from two separate images recorded on July 24 by the just arrived Dawn spacecraft's framing camera with a resolution of about 500 meters per pixel. The 3D view features Vesta's newly discovered terrain, including long equatorial ridges and troughs and the prominent string of three craters at the upper right dubbed Snowman. Highlighted in 3D, steep sides of many of the craters show streaks of both bright and dark material. Of course, the ion-driven Dawn spacecraft is not marooned off Vesta. After a year exploring the asteroid from orbit, Dawn is scheduled to depart, beginning its journey to Ceres.