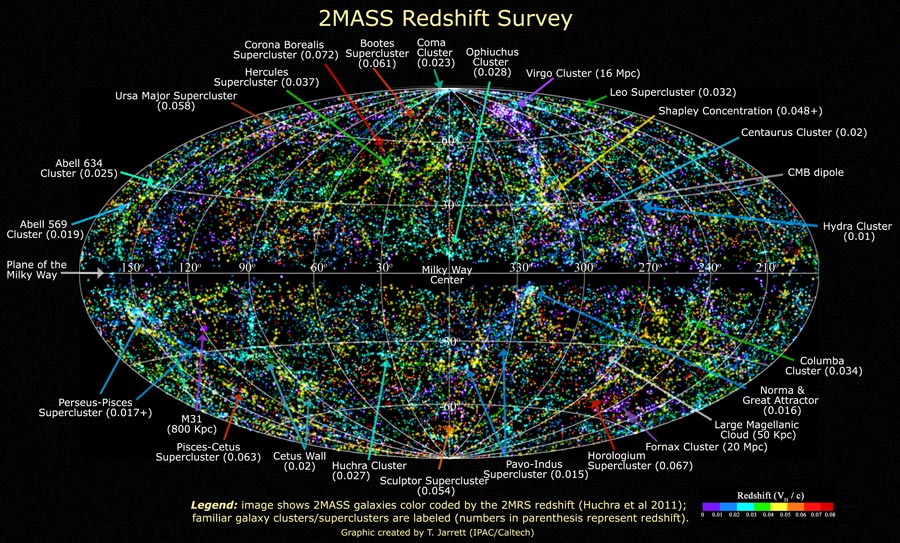 Explanation: What does the universe nearby look like? This plot shows nearly 50,000 galaxies in the nearby universe detected by the Two Micron All Sky Survey (2MASS) in infrared light. The resulting image is anincredible tapestry of galaxies that provides limits on how the universe formed and evolved. The dark band across the image center is blocked by dust in the plane of our own Milky Way Galaxy. Away from the Galactic plane, however, each dot represents a galaxy, color coded to indicate distance. Bluer dots represent the nearer galaxies in the 2MASS survey, while redder dots indicating the more distant survey galaxies that lie at a redshift near 0.1. Named structures are annotated around the edges. Many galaxies are gravitationally bound together to form clusters, which themselves are loosely bound into superclusters, which in turn are sometimes seen to align over even larger scale structures.