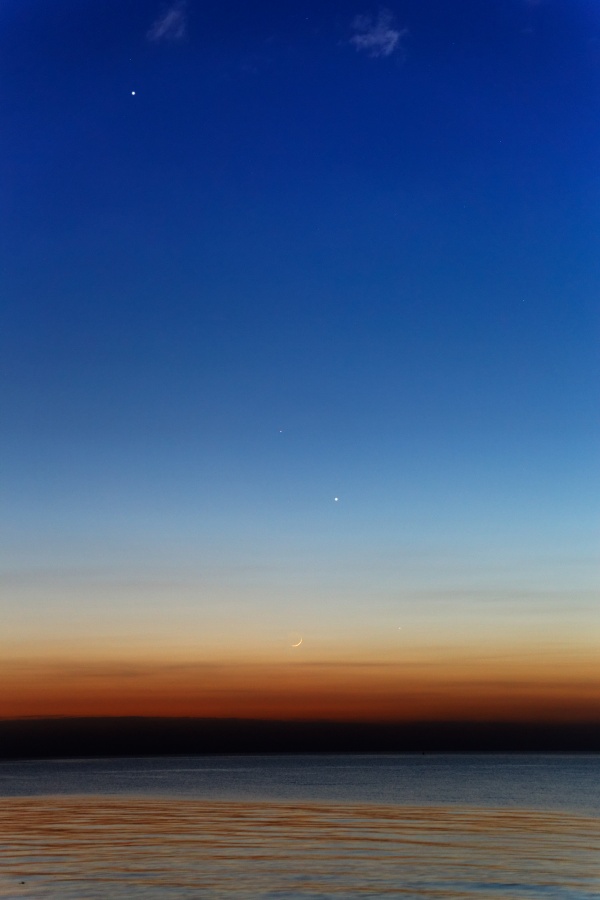 Explanation: After more than a month, the lovely lineup of four naked-eye planets in dawn skies is coming to a close. Still, on May 31st a slender Moon joined the grouping along the eastern horizon for a final celestial performance, presented in this early morning scene from a beach near Buenos Aires, Argentina. A favorable view of the configuration in the southern hemisphere autumn, the photo was taken about 30 minutes before sunrise. In order from bottom to top, wandering Mercury, Venus, Mars, and Jupiter are stretched along the ecliptic plane. The Moon's sunlit crescent is sinking into the colorful twilight glow just left of Mercury. In dawns to come, Mars and Jupiter will continue to rise while Venus and Mercury sink toward the horizon, drawing closer to the rising Sun.