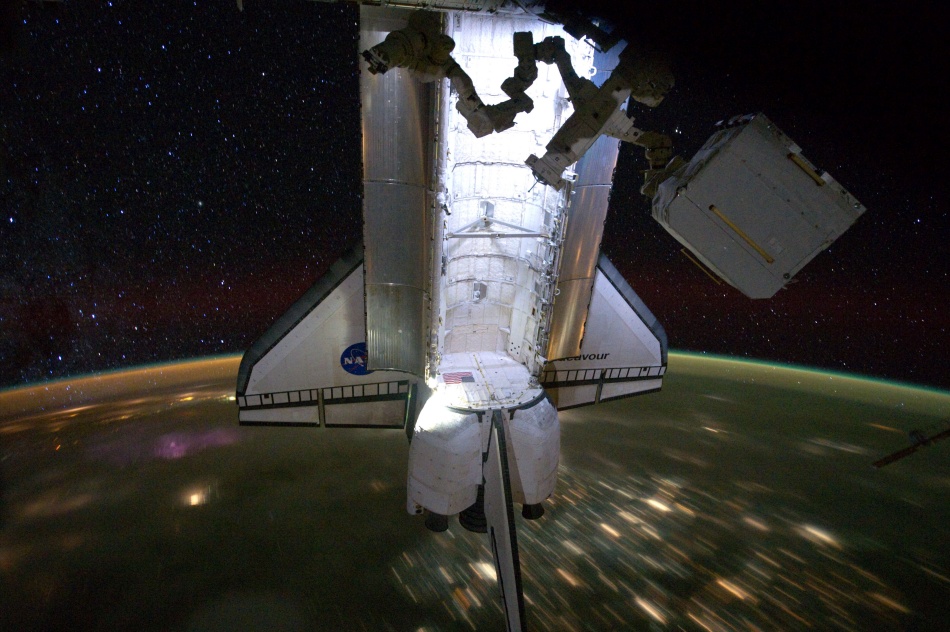 Explanation: This luminous night view of the space shuttle orbiter Endeavour, docked with the International Space Station for a final time, was captured on May 28. Orbiting 350 kilometers above planet Earth, Endeavour's payload bay is lit up as it hurtles through Earth's shadow at 17,000 miles per hour. At the top of the frame, the jointed appendages of the station's robotic manipulator arm Dextre appear in silhouette. Motion during the long exposure produced streaks in the starry background and the city lights on the darkened planet below. Completing a 16 day mission, Endeavour made a final landing at Kennedy Space Center in the dark, early morning hours of June 1.