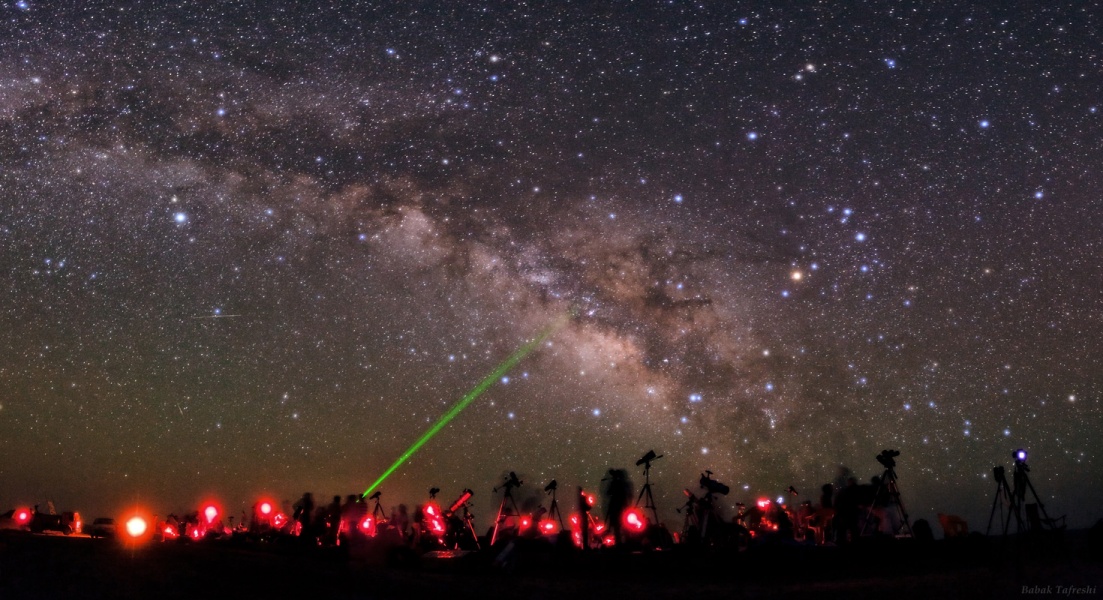 Explanation: In this action scene, red night vision lights, green laser pointers, tripods and telescopes in faint silhouette surround intrepid sky gazers embarked on the 10th annual Iran Messier Marathon. Completing the marathon requires viewing all 110 objects in 18th century French astronomer Charles Messier's catalog in one glorious dusk-to-dawn observing run. As daunting as it sounds, there are often favorable weekend dates for northern hemisphere marathoners to complete the task that fall on nearly moonless nights near the spring equinox. With the Milky Way as a backdrop, this group of about 150 astronomy enthusiasts conducted their 2011 marathon on such a night in April from the desert area of Seh Qaleh, in eastern Iran. Placing your cursor over the image will map the stunning night sky above their remote and very dark observing site. Follow the green laser pointer toward the Messier catalog objects (for example, M8) near the galactic center. Astronomer and former Messier Marathon organizer Babak Tafreshi also composed Sky Gazers, a time-lapse movie of this year's event.