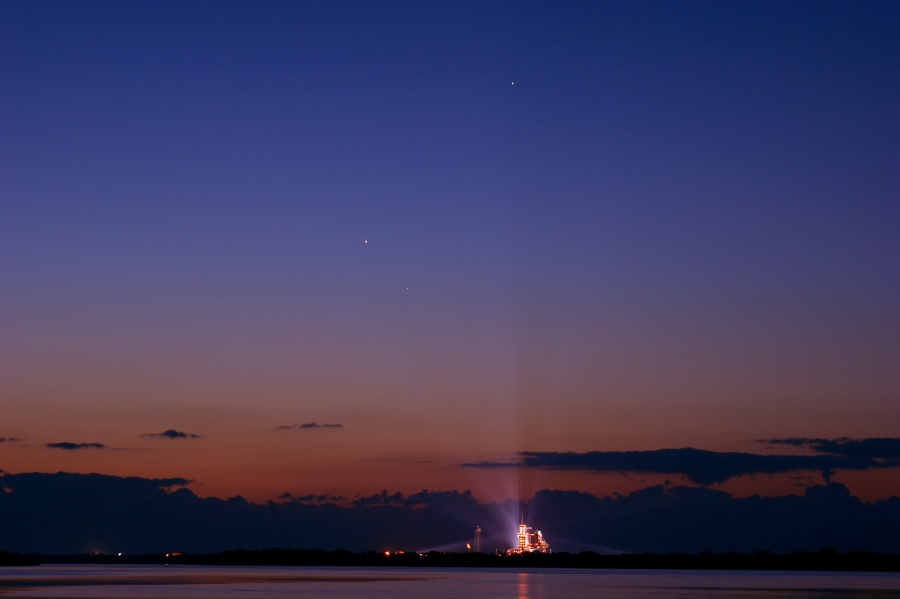 Explanation: When dawn broke over Kennedy Space Center on Monday, May 16, the space shuttle orbiter Endeavour still stood on pad 39A. Its final launch, on mission STS-134 to the International Space Station, was only hours away. Shining through the early morning twilight four planets were also poised above the eastern horizon, a moving scene captured here from across the Banana River at the center's Saturn V VIP viewing site. Scattered by planet Earth's dense atmosphere, floodlight beams play over the launch pad, glancing skyward toward the celestial beacons. Jupiter is highest, near the top of the frame, but even the solar sytem's ruling gas giant is outshone by brilliant Venus near picture center. Innermost planet Mercury is below Venus, to the right. Below and left, Mars almost fades into the twilight glow. The four planets continue to hug the eastern horizon at dawn throughout the month, while Endeavour is now scheduled to make its final approach to planet Earth on June 1.