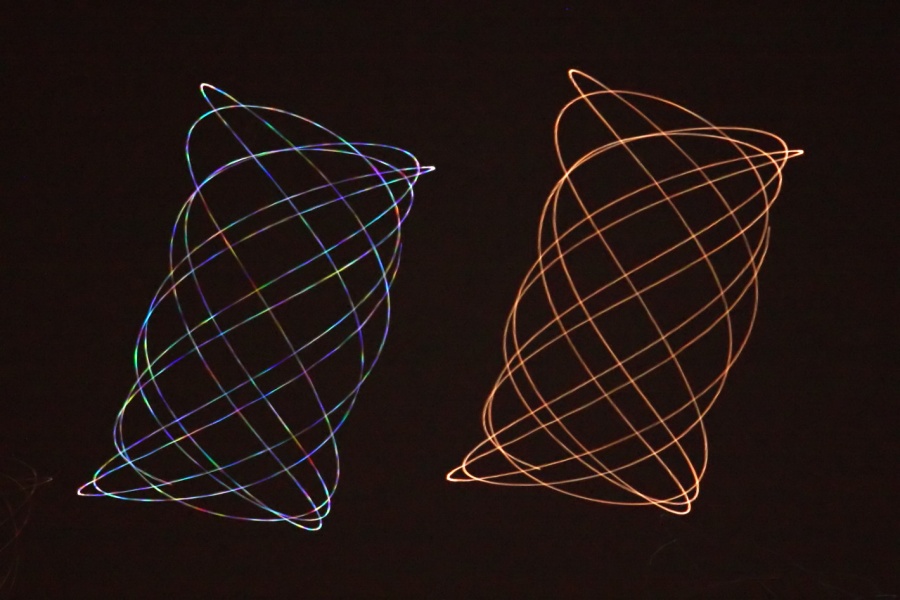 Explanation: On June 4, 2010 Regulus, alpha star of the constellation Leo, and wandering planet Mars were at about the same apparent brightness, separated on the sky by 1.5 degrees. An ingenious and creative 10 second exposure from a swinging camera recorded these gyrating trails of the celestial pairing. Can you tell which trail belongs to the star and which to the planet? Hint: atmospheric turbulence causes the image of the star to scintillate or vary in brightness and color more readily than the planet. The scintillation is more pronounced because the star is effectively a point source of light seen as a narrow bundle of light rays. Rapidly changing refraction due to turbulence along the line of sight affects different colors of light by different amounts and generally produces a twinkling effect for stars. But Mars is much closer than the distant stars and an extended source of light. Though tiny, its disk is seen as a bundle of light rays that is substantially broader compared to a star's and so, on average, less affected by small scale turbulence. The result is the varied, rainbow like trail for Regulus (left) and the steadier, consistently reddish trail for Mars.