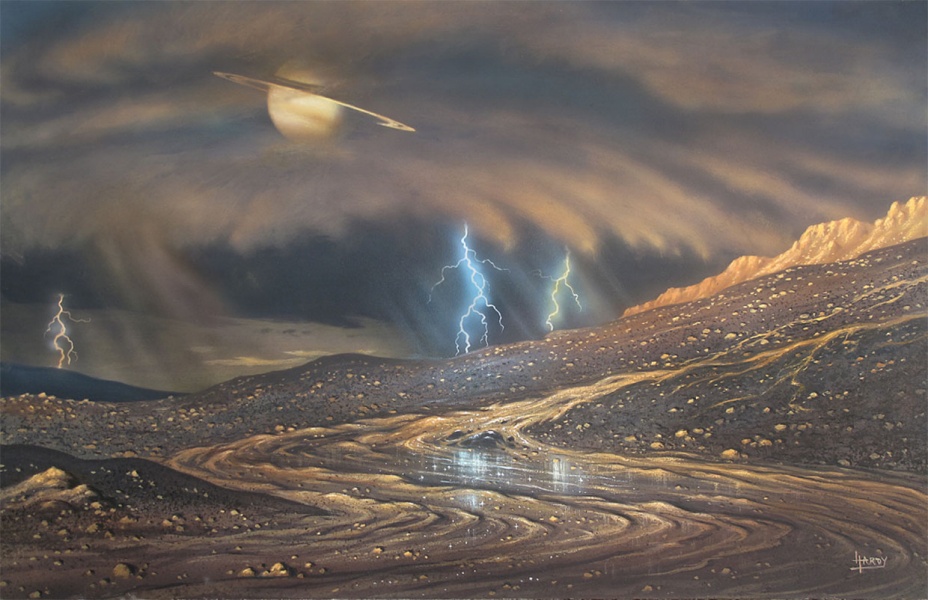 Explanation: It's been raining on Titan. In fact, it's likely been raining methane on Titan and that's not an April Fools' joke. The almost familiar scene depicted in this artist's vision of the surface of Saturn's largest moon looks across an eroding landscape into a stormy sky. That scenario is consistent with seasonal rain storms temporarily darkening Titan's surface along the moon's equatorial regions, as seen by instruments onboard the Cassini spacecraft. Of course on frigid Titan, with surface temperatures of about -290 degrees F (-180 degrees C), the cycle of evaporation, cloud formation, and rain involves liquid methane instead of water. Lightning could also be possible in Titan's thick, nitrogen-rich atmosphere.