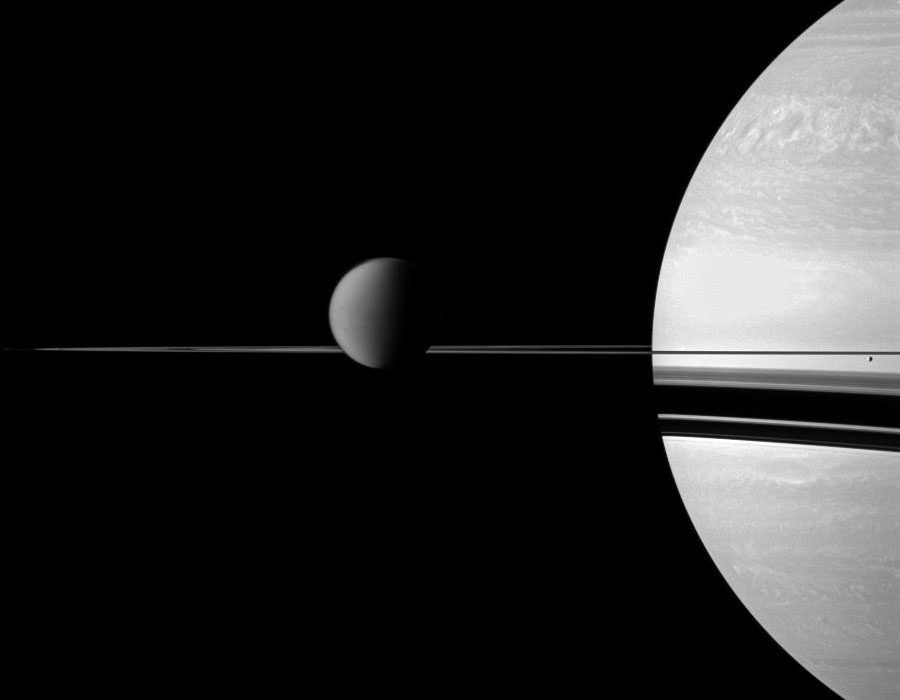 Explanation: How thin are the rings of Saturn? Brightness measurements from different angles have shown Saturn's rings to be about one kilometer thick, making them many times thinner, in relative proportion, than a razor blade. This thinness sometimes appears in dramatic fashion during an image taken nearly along the ring plane. The robot Cassini spacecraft now orbiting Saturn has now captured another shot that dramatically highlights the ring's thinness. The above image was taken in mid January in infrared and polarized light. Titan looms just over the thin rings, while dark ring shadows on Saturn show the Sun to be above the ring plane. Close inspection of the image will show the smaller moon Enceladus on the far right. Cassini, humanity's first mission to orbit Saturn, currently has operations planned until 2017.