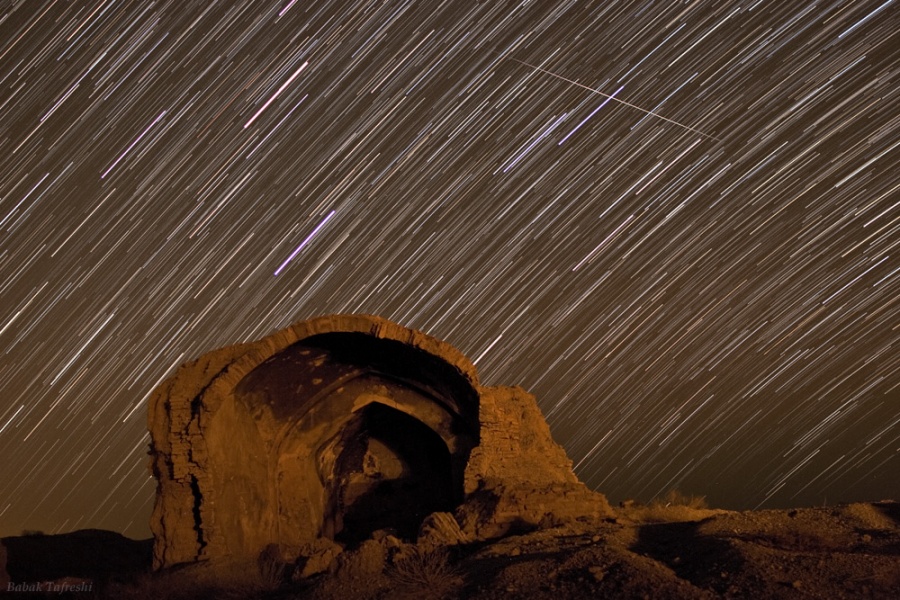 Explanation: The Quadrantid Meteor Shower is an annual event for planet Earth's northern hemisphere skygazers. It usually peaks briefly in the cold, early morning hours of January 4. The shower is named for its radiant point on the sky within the old, astronomically obsolete constellation Quadrans Muralis. That position is situated near the boundaries of the modern constellations Hercules, Bootes, and Draco. In this haunting time exposure, two quadrantid meteor streaks are captured crossing trails left by rising stars of the constellations Virgo and Corvus, but Saturn leaves the brightest "star" trail. The meteor streaks, one bright and one faint, are nearly parallel above and right of center in the frame. Fittingly, the old cistern structure in the foreground lies above the now buried city of Qumis. Known as a city of many gates, Qumis (in Greek history Hecatompylos), was founded 2300 years ago in ancient Persia.