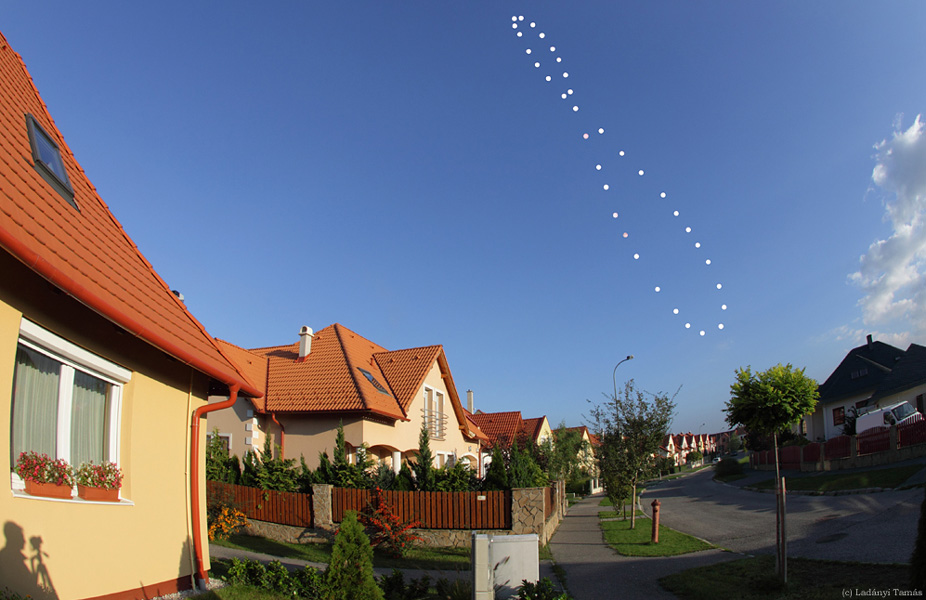 Explanation: Looking back on the year, have you wondered where the Sun was in the sky each day during 2010 at exacty 9am UT? Of course you have. Search no further for the answer! It was somewhere along this celestial figure 8 curve known as an analemma. Recorded from a residential backyard in the small town of Veszprem, Hungary, this composite analemma image consists of 36 separate exposures of the Sun made at 9:00 UT, spaced throughout the year, plus a background image made without a solar filter. The background image was taken on the sunny afternoon of October 9 (13:45 UT). On the left is the photographer's shadow. The positions of the Sun at the 2010 solstice dates are at the upper (June 21) and lower (December 21) extremes of the analemma curve. On the equinox dates (March 20, September 23) the Sun was along the curve half way between the solstices. The tilt of planet Earth's axis and the variation in speed as it moves around its elliptical orbit combine to produce the graceful analemma curve.