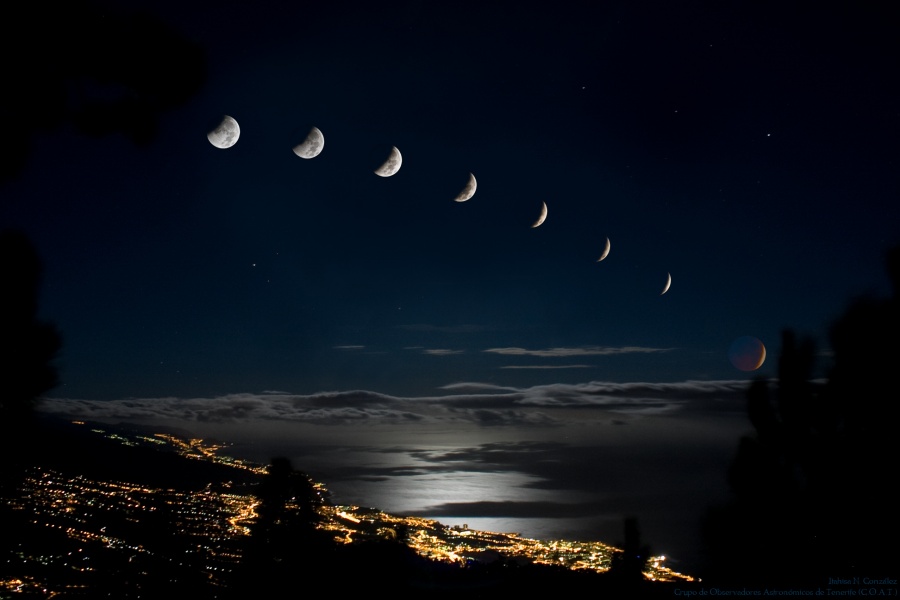 Explanation: Hugging the horizon, a dark red Moon greeted early morning skygazers in eastern Atlantic regions on December 21, as the total phase of 2010's Solstice Lunar Eclipse began near moonset. This well composed image of the geocentric celestial event is a composite of multiple exposures following the progression of the eclipse from Tenerife, Canary Islands. Initially reflecting brightly on a sea of clouds and the ocean's surface itself, the Moon sinks deeper into eclipse as it moves from left to right across the sky. Opposite the Sun, the Moon was immersed in the darkest part of Earth's shadow as it approached the western horizon, just before sunrise came to Tenerife.