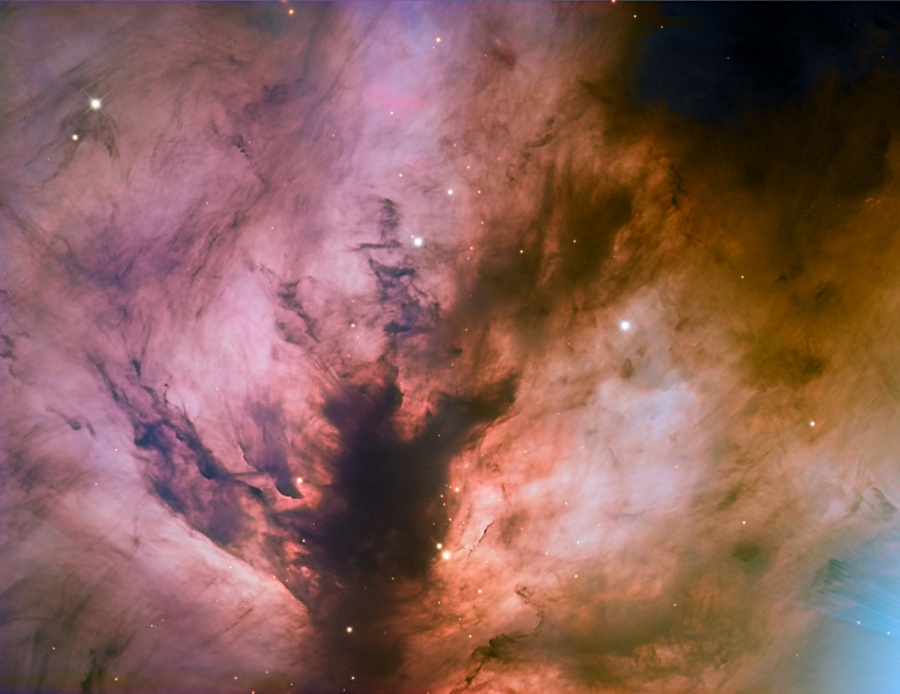 Explanation: Of course, the Flame Nebula is not on fire. Also known as NGC 2024, the nebula's suggestive reddish color is due to the glow of hydrogen atoms at the edge of the giant Orion molecular cloud complex some 1,500 light-years away. The hydrogen atoms have been ionized, or stripped of their electrons, and glow as the atoms and electrons recombine. But what ionizes the hydrogen atoms? In this close-up view, the central dark lane of absorbing interstellar dust stands out in silhouette against the hydrogen glow and actually hides the true source of the Flame Nebula's energy from optical telescopes. Behind the dark lane lies a cluster of hot, young stars, seen at infrared wavelengths through the obscuring dust. A young, massive star in that cluster is the likely source of energetic ultraviolet radiation that ionizes the hydrogen gas in the Flame Nebula.